Another 6,247 acres would be considered for replanting if natural regeneration does not occur as expected, said Missoula District Ranger Jennifer Hensiek.

The work could take a decade, Hensiek said in a letter this week to forest users and nearby landowners.

Site preparation could include “scalping” competing understory vegetation or cutting small, non-merchantable or diseased trees to reduce competition with or the potential infection of new stands.

The Lolo Peak fire ignited from a lightning strike last July 15 and burned 53,902 acres and several homes and outbuildings before being quelled by autumn rain showers and snow. A firefighter from California was killed working the fireline early on, and others were injured as the weeks turned to months.

Residents in the steep, forested drainages between U.S. highways 12 and 93 outside Lolo endured weeks of evacuations, alerts and thick blankets of smoke. More than once, high winds provoked firestorms that consumed thousands of acres in a few hours in marches visible from Missoula.

In the months since the fire subsided, crews from the Lolo Forest have conducted a preliminary walk-through of the burned area, identifying areas in need of reforestation and those likely to make a natural recovery.

Hensiek said crews considered a number of factors in determining the likelihood that an area would naturally regenerate: the burn severity, species composition, aspect and elevation, soils and distance to the nearest appropriate seed source.

The acreages are an initial estimate, she emphasized, “and the exact acres to be planted will change as needs are further identified.”

Much of the replanting is proposed on hillsides south of Highway 12 between Johns Creek and Highway 93. Much of the Johns Creek drainage is marked for replanting, as is an area just south and east of Mormon Creek. Both zones saw intense burning during the fire’s progression last summer.

Any newly planted trees will be protected from animal browsing, lest the investment be lost, the Forest Service said.

A map showing the areas proposed for replanting and natural regeneration is included at the end of this story, and also is online at this link.

Lolo Forest information officer Boyd Hartwig said there will be a 30-day scoping and comment period on the proposed planting. Comments specific to the proposed actions and individual sites are valuable in helping the agency identify any issues or concerns, he said.

Comments should be provided by April 16 to: Forrest Parks, Missoula Ranger District, 24 Fort Missoula Road, Missoula, MT 59804.  Electronic comments may be sent to:  comments-northern-lolo-missoula@fs.fed.us.  Office hours, for those who wish to hand deliver comments to the Missoula Ranger District are: 8 a.m. to 4:30 p.m., Monday through Friday (except federal holidays).  Acceptable formats for electronic comments include word perfect, rtf, or MS word.

Comments should include:  (1) your name, telephone number and organization, if any; (2) title of the project on which the comment is being submitted; (3) specific facts along with supporting reasons that you believe should be considered; and (4) your signature.  Comments received in response to this solicitation, including names and addresses of those who commented, will be considered part of the public record and may be available for public inspection.  For additional information on the project, please contact Forrest Parks at (406) 329-3954.

The National Forest Management Act requires that all suitable forest land in the National Forest System be maintained in “appropriate forest cover with species of trees, degree of stocking, rate of growth and conditions of stand designed to secure the maximum benefits of multiple-use, sustained-yield management.” 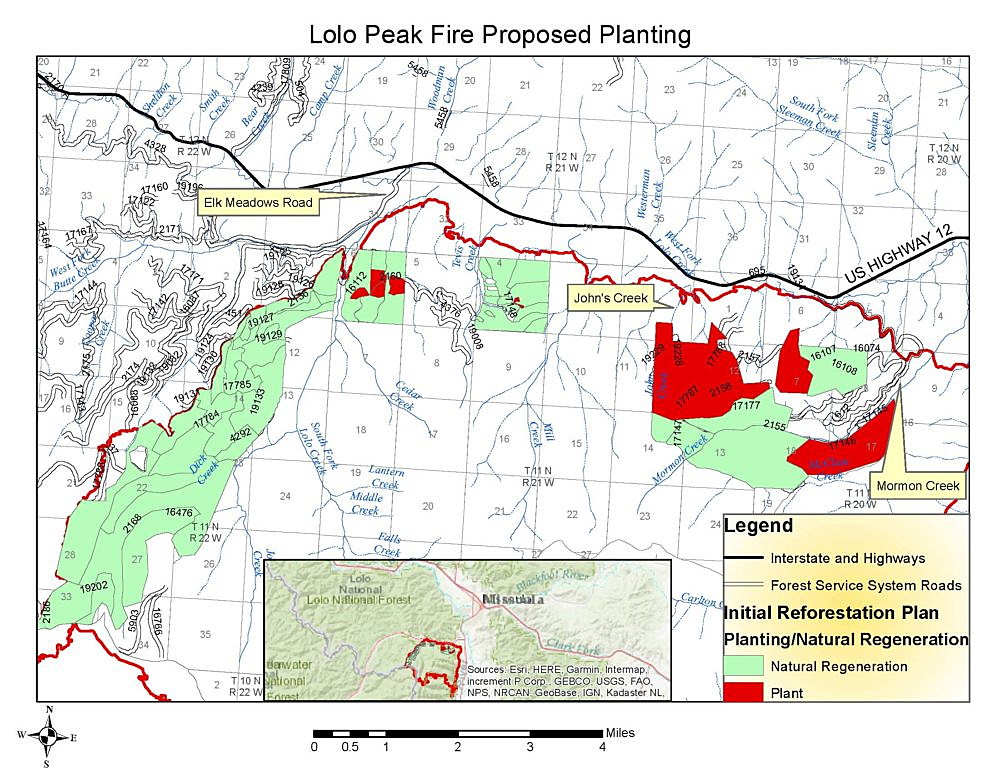