The Missoula County Sheriff’s Office on Sunday began assessing evacuation warnings for residents across a wide swath of the Missoula Valley as floodwaters continue to push toward the major flood stage, threatening levels not seen since 1975.

Sheriff T.J. McDermott said deputies will go door to door and begin visiting those residents on Monday morning. The county has identified 830 addresses in the Clark Fork River flood zone.

“Missoula County is already experiencing early flooding, and the forecast is that water levels will rise significantly by mid-week,” McDermott said. “Even though we know we’re not evacuating homes today, as we move further into this process, the water can be very dangerous.”

The National Weather Service on Sunday extended its flood warning for the Clark Fork River above Missoula, which had reached 10.5 feet by mid-afternoon. The river was expected to top 12 feet – the moderate flood stage – by Monday night.

But the current forecast has the river pushing past 13 feet later this week. At that point, county officials said during a press briefing on Sunday, widespread flooding will occur within the Missoula Valley, from East Missoula to the Bitterroot River.

“This week is going to be interesting, because we’re going to reach levels we haven’t seen in some 40 years,” said LeeAnn Allegretto, a meteorologist with the National Weather Service in Missoula. “We’re only now seeing the tip of what’s coming off these mountains. It’s just the beginning of it, and we’re trying to get out ahead of it as early as we can.”

Last week, minor flooding had already begun, sending water into low-lying neighborhoods of the Missoula Valley south of the river. The inundation was enough to flood yards and basements in the area of Orchard Homes.

This week, the river is likely to reach 13 feet, surpassing levels recorded in 2011, the last significant flood year.

“We’ll get to that at the very least, if not much higher than that,” said Allegretto. “We’re preparing to experience flooding in places we’re not sure will even flood yet, because the channel of the river has changed so much since 2011, let alone since 1975, the last time we saw it reach 13 feet.”

The U.S. Army Corps of Engineers was expected to arrive in Missoula on Sunday evening to begin inspecting area levees and bolstering local resources. County officials and emergency responders from Seeley Lake to Alberton were also coordinating with the sheriff’s office.

The heavy snowpack at lower elevations is melting much quicker than usual this year, hydrologists have said. But the mid-level snowpack is still intact, leading Allegretto to suggest that flooding could be a prolonged event.

A flood warning was also posted Sunday for the Blackfoot River near Bonner and other locations along the river. The Blackfoot reached 9.3 feet on Sunday and is expected to reach 10.6 feet by Thursday. The flood stage is 10 feet.

A flood watch was also posted Sunday for the Bitterroot River.

“We just issued a flood watch for the Bitterroot today, and we do expect that will reach minor flood stage in the next 24 to 48 hours,” Allegretto said. “That will remain at flood stage and experience gradual increases after that through the weekend.” 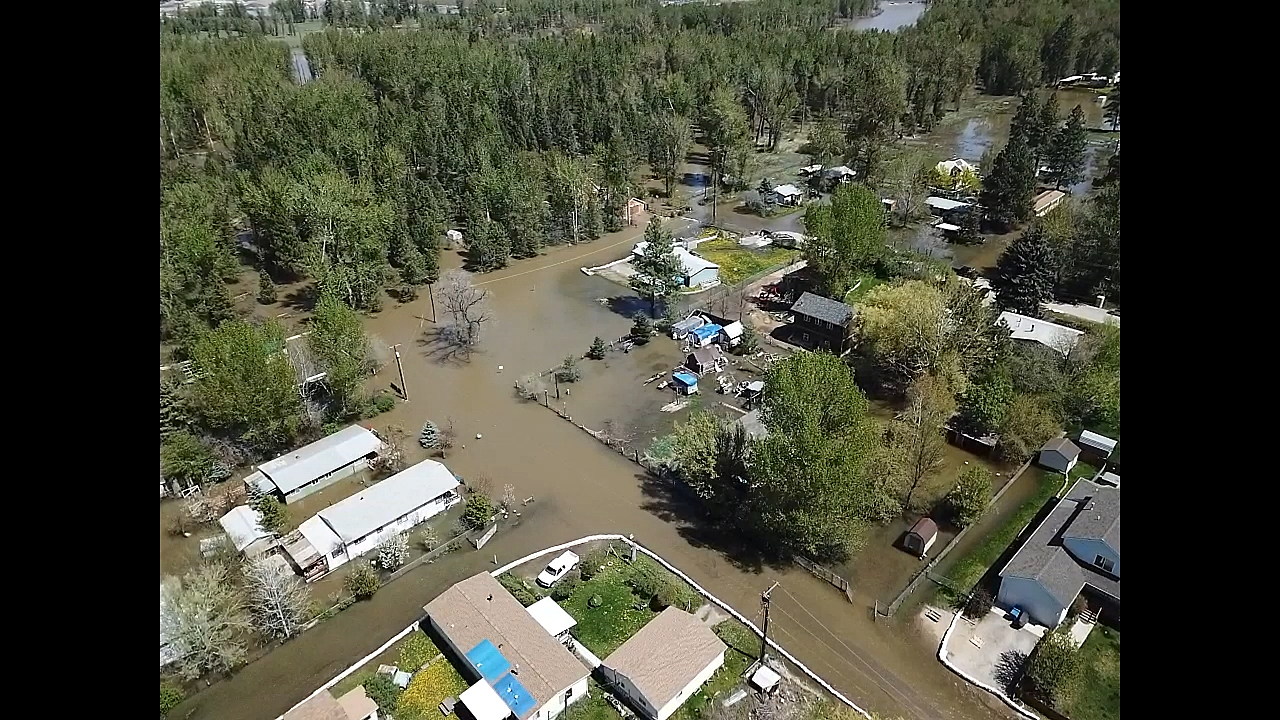 Ken Parks, deputy director of the Office of Emergency Management, said the county will use Smart 9-1-1 to notify residents in an emergency. The water is also considered contaminated and should be avoided.

Public works will also assess county infrastructure, including roads and bridges. A public meeting is planned for Monday at 6 p.m. at Hawthorne School, located at 2835 S. 3rd Street.

“We’re working very closely with the sheriff’s department to identify how and where we’ll be implementing some of these evacuation warnings, and possibly rise to the level of an evacuation order,” Parks said.

“It’s been decades since we’ve seen floodwater to this extent, and it’s hard to say where it will end up,” he added. “There’s been a lot of development since 1975. If you live anywhere where water can effect you, just use your head.”