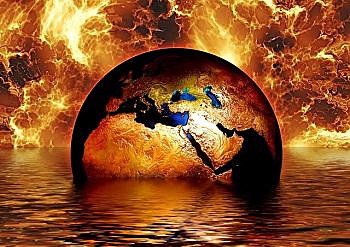 (Courthouse News) Outgoing California Gov. Jerry Brown had some harsh words for world leaders at the United Nations Climate Conference in Poland, which wrapped up Friday.

“Wake up! The planet is burning up. Carbon emissions are growing – this year has been one of the highest growth rates in recent decades. This is not a matter to be taken anything but very, very seriously,” Brown said in a video message.

Brown, who has made tackling climate change a priority in the latter years of his tenure as governor, castigated the United States, along with Saudi Arabia, Kuwait and Russia for refusing to endorse the findings of a U.N. Intergovernmental Panel on Climate Change report, which has been the focus of the climate negotiations this week in Katowice, Poland.

His message to the other countries at the conference: Don’t be like them.

The 24th Conference of the Parties to the United Nations Framework Convention on Climate Change, or COP24 as it’s more commonly known, has been considered the biggest international gathering for climate talks since the Paris Agreement in 2015, a landmark pact to reduce carbon emissions worldwide.

Brown did not hold back regarding his grim forecast for the future of the planet.

“The actions and the behavior of the leaders of the United States and Saudi Arabia and Kuwait and Russia and other countries are not acceptable. This is a suicide mission upon which you have embarked. Pull back, the people of the world are asking you – men, women and children,” Brown said.

Brown contrasted the Trump administration’s stance on climate change with that of California and other states who have vowed to adhere to the Paris Agreement’s goal of reducing emissions to keep global warming below 2 degrees Celsius.

At the conference earlier this week, the United States put on a presentation touting the use of coal, drawing laughter and chants of protest from conference goers, according to a report by the Washington Post.

“The United States, I am sorry to say, does not represent the people of the United States. California, Washington, New York, Vermont and many, many other states, representing tens of millions of people, believe in the science of climate change – believe, and demand that we reduce our carbon emissions,” Brown said.

He lauded California’s own efforts to combat global warming, but said the state can still do more.

“In California, we have set a goal of zero carbon emissions by 2045. We have taken other measures. We are introducing electric vehicles, building restrictions, cap-and-trade, renewable energy requirements upon our electric utilities – there is so much we can do,” he said. “I’m not saying we’ve gotten there – our emissions per capita are entirely too high, but we are committed to do more.”

The negotiations plodded along Friday as officials from 200 countries hammer out a draft agreement they hope will be ready this weekend.

Meanwhile, the worst riots in decades went on in Paris, as yellow-vested protesters again took to the streets to rail against higher gas taxes intended to curb the use of fossil fuels. French President Emmanuel Macron tried to appease the rioters by offering a higher minimum wage and other tax cuts, but according to the Guardian they have no intention of quitting their month-long protest.