Focus on climate change: West Coast sea stars all but wiped out by ocean warming

(CN) – The sunflower sea star, one of the largest and most colorfully arrayed of its kind in the world, has vanished from the California coast – yet another victim of climate change.

In a new study published Wednesday in Science Advances, researchers from the University of California, Davis, and Cornell University concluded the sea creatures have been ravaged by a combination of disease and warming ocean temperatures.

“At one time plentiful in nearshore waters, the sunflower sea stars right now cannot be found off the California coast and are rare into Alaska,” said Drew Harvell, Cornell professor of ecology and evolutionary biology, a co-lead author. “Numbers of the sea stars have stayed so low in the past three years, we consider them endangered in the southern part of their range, and we don’t have data for northern Alaska.”

While climate change is clearly a principal culprit according to the research team, the sea star wasting disease which first became active in 2013 has created large scale mortality events for the large sea star ranging up and down the West Coast.

Sea stars on the East Coast have also been affected by the wasting disease although to a lesser extent, according to researchers.

Scientists say while the pathogen is responsible for the mortality event, its pathogenic path has been paved by a heat wave through the ocean caused by rising surface temperatures around the globe as a result of climate change.

“The heat wave in the oceans – a product of increasing atmospheric temperatures – is exacerbating the sea star wasting disease,” said Harvell. “It’s a lethal disease, and when you add a higher temperature to that it kills faster, causing a bigger impact.” 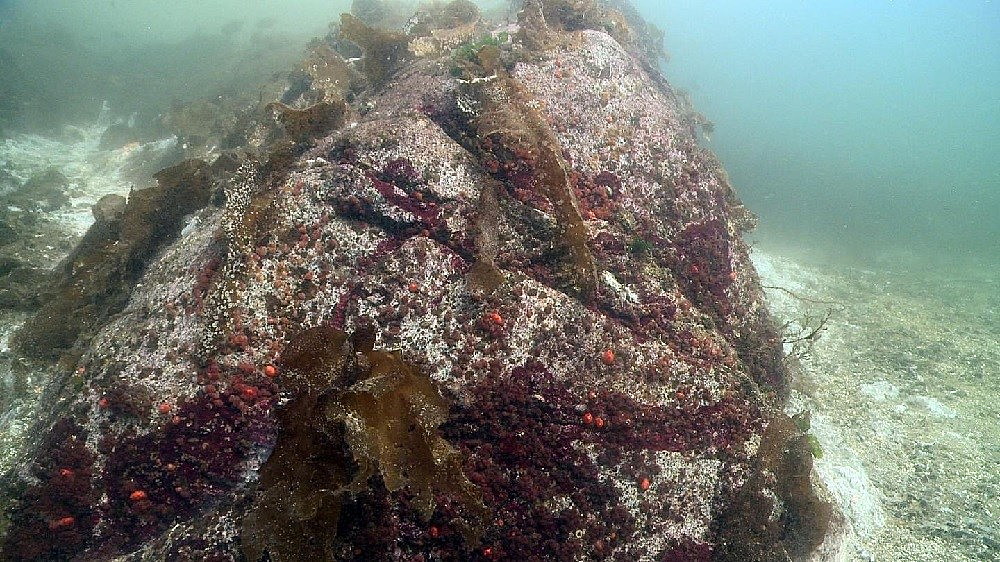 Beyond the loss of one of the most unique sea creatures on the West Coast, the death of the sunflower sea star will have a detrimental effect on the rest of the ocean ecosystem.

The sunflower sea star is a predator, using its 16-24 arms with powerful suckers to feed on sea urchins, clams and snails and other small invertebrates in the nearshore environment. It is also the size of a manhole cover and has an appetite to match, moving around on the seafloor while vacuuming up copious amounts of prey.

Its demise has led to a rise in the population of its prey. The explosion of sea urchins in particular, which feed on kelp, is having a negative effect on the kelp forest.

Between 2006 and 2017, scientists and trained citizen scientists with Reef Environmental Education Foundation (REEF) conducted about 11,000 roving-diver surveys from Southern California to Alaska. Before 2013, divers reported an abundance of sea stars, but between 2013 to 2017 the population collapsed.

Scientists from Simon Fraser University and the Hakai Institute confirmed the loss from remote Calvert Island in British Columbia. The ocean warming recorded at REEF locations corresponds to an increase in water temperature by up to 4 degrees Celsius – over 7 degrees Fahrenheit – beginning in 2014.

Scientists from the National Oceanic and Atmospheric Administration surveyed sunflower sea stars in thousands of deep trawls from Mexico to the Canadian border and recorded 100 percent decline in all states down to 1,000 meters.