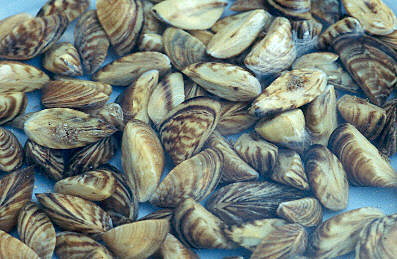 (KPAX) KALISPELL – Biologists at the University of Montana have new technology that could prevent millions of dollars in damage due to aquatic invasive species.

Professor Gordon Luikart tells MTN that in 2016 trace amounts of zebra mussels were found in the Tiber reservoir which almost infested Flathead Lake.

Luckily, The University of Montana has new technology that could prevent this. Sponsored by NASA, the university has the first national DNA database for aquatic invasive species.

Using computer technology, trace amounts of mussel DNA can be found, targeted and destroyed before the mussels take over our ecosystem. The database stores the DNA so scientists from other states can access and study it.

“Like cancer in a human body, if you can detect an invasive species in a water body early you can have hope of eradicating and suppressing it and preventing it from spreading throughout the water body and then to other water bodies,” says Luikart.

Luikart tells MTN that in six months the university will launch an app where folks can take pictures of unfamiliar mussels and upload them for a scientist to examine.