Missoula County weighs in on rewrite of Forest Service regulations 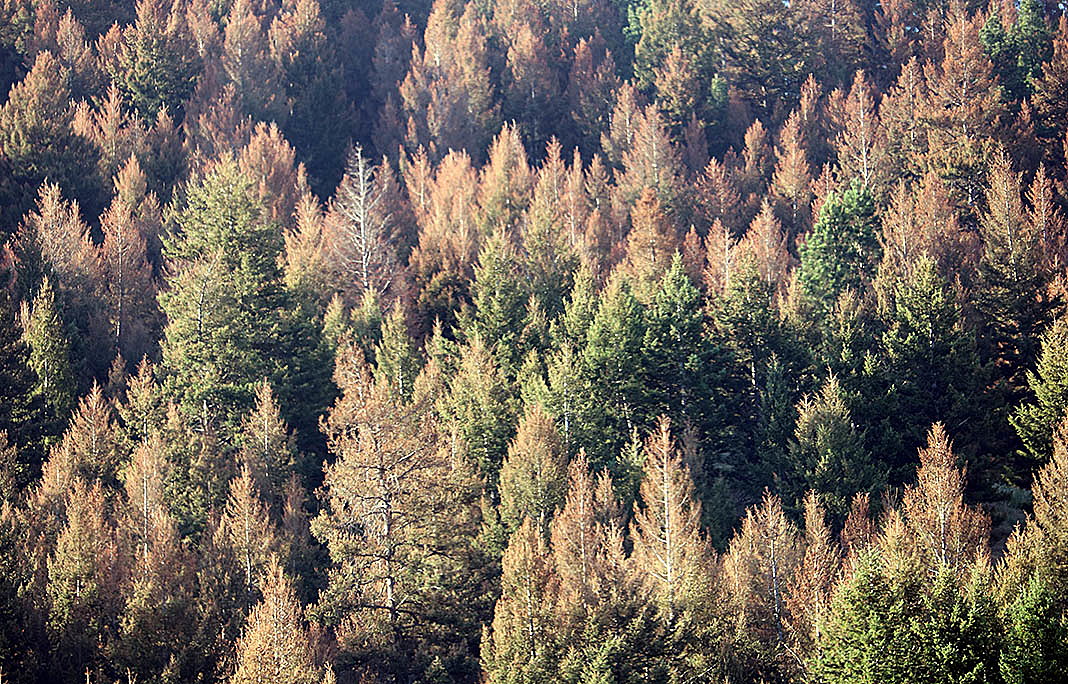 While Missoula County commissioners agree that some forest management projects could benefit from cutting red tape and taking prompt action, they’re also concerned that expediency could have negative impacts.

That’s the summary of a letter the commissioners agreed to sign on Thursday before sending it to the U.S. Forest Service as the agency considers revising regulations implementing the National Environmental Policy Act, otherwise known as NEPA.

“There will be potential projects in Missoula County that are subject to NEPA,” said Commissioner Dave Strohmaier. “I think it’s important to weigh in on the process by which the Forest Service reviews these projects.”

The Forest Service last updated its NEPA regulations 11 years ago. Since then, climate change, extended droughts, insect infestations and other issues have made it harder to protect public resources from catastrophic wildfires.

The Forest Service said the proposed changes will help it make timely decisions based on “science-based analysis.” Expanding the use of categorical exclusions, it added, would help mitigate the risk of fires and disease and do so in a timely manner.

Local commissioners questioned the effectiveness of categorical exclusions, or projects deemed of low impact and therefore exempt from full review. While such exclusions could help simplify a fuel reduction project, the county believes “they can and have been shown to be inappropriate for many types of projects.”

“We have previously commented on special-use permits that were treated as categorical exclusions, even though they had the potential for far-reaching impacts, while restoration treatments with few negative impacts required much lengthier review,” their letter states.

“The big concern I have regarding the NEPA process is that we not shortchange the process for expediency’s sake, and we not do inadequate review of projects in order to get them through the process more quickly,” Strohmaier said.

The county also believes that public engagement must play a role in any decision made by the Forest Service, and at all steps along the way.

Commissioners said it should not be left “to the sole discretion” of local officials, as critics suggested last year when Sen. Steve Daines and Rep. Greg Gianforte sought to release nearly 700,000 acres from wilderness study review by citing support from commissioners in several conservative counties and a handful of special interest groups.

“If we can expedite review and ensure full, robust review, then great,” said Strohmaier. “But I don’t want to see projects categorized as categorical exclusions that ought not to be.”

According to the Forest Service, more than 80 million acres of land managed by the agency needs to be treated to reduce the risk of fire and disease. That has created a backlog of forest, watershed and range restoration projects.

The agency also said the majority of environmental decisions it makes still relate to special use permits. More than 5,000 new permits or renewals are awaiting environmental analysis, it suggested.

Despite such figures, Missoula County commissioners are calling for caution, and they cited what they see as several proposed changes to regulations that give them concern. That includes the construction of new forest system roads, converting illegal off-road trails into official roads, and logging under certain circumstances.

“This (letter) is specific to the regulations and how they go through the process to meet NEPA requirements,” said Chet Crowser, the letter’s author with county planning services. “The bulk of it has added some categories into their categorical exclusion list that would help in some cases move more projects along faster, and in other cases, it broadens what happens to be in there.”