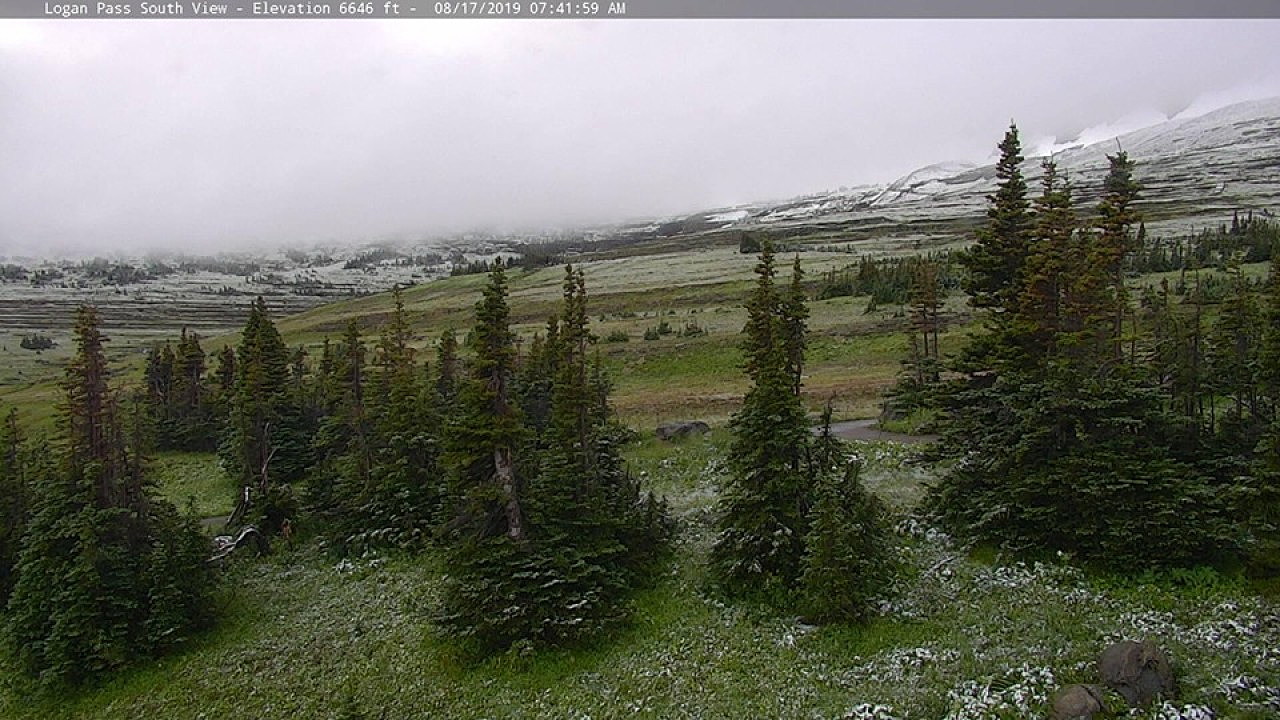 (KPAX) The Missoula National Weather service recorded between one inch and trace amounts of snow falling near the Canadian border in Glacier National Park above 6,000 feet Saturday.

The weather in Montana is sometimes described as fickle, and mother nature proved that description true once again Saturday morning.

Officials said the snow stuck at 6,000 feet or above.

People could see trace amounts of snow on Going to the Sun Road in Glacier.