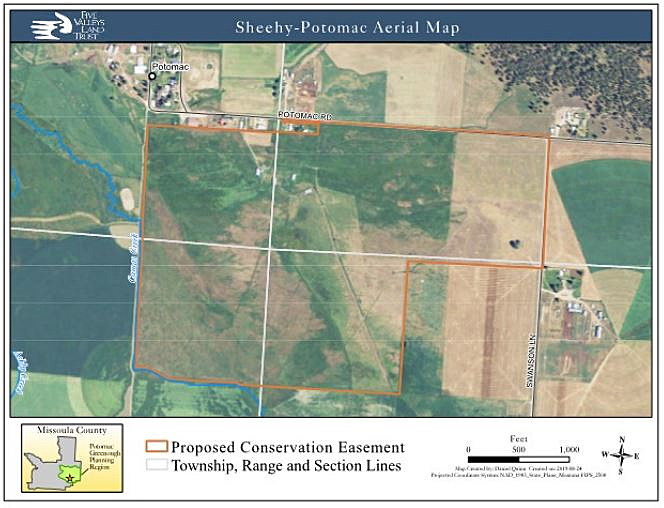 Two conservation easements proposed in Missoula County moved one step closer to protection on Thursday after commissioners agreed they qualified for funding from what’s left of the 2006 Open Space Bond.

The first, dubbed Elk Flats near Condon in the Swan Valley, would direct $35,000 in funding toward a conservation easement on two separate parcels totaling roughly 200 acres.

“One of the parcels has a home and one does not, and it will remain that way,” said Kylie Paul, the county’s natural resource specialist. “It’s in great grizzly bear habitat, has neat wetlands and is a beautiful place. This is the fist step to move it along.”

The Open Lands Citizen Advisory Committee reviewed the project and has recommended it for approval. Elk Flats ranked high in its value as wildlife habitat, its proximity to public lands, and its potential to conserve natural resources.

In casting their support, committee members also noted the property’s aspen groves and wetlands. The Vital Ground Foundation will hold both conservation easements, supported in part by the $35,000, which could receive final approval in December.

“It’s their stewardship fee,” Paul said of the funding. “When an easement is granted, it requires monitoring every year to make sure it’s still meeting the contract of the conservation easement.”

The second project qualified by the county Wednesday covers 195 acres in the Potomac Valley. The property is eyed for its value as agricultural land and meets the requirements of the 2006 Open Space Bond by conserving working ranches and scenic landscapes.

“It would put into a conservation easement 195 acres, and it’s an actual acquisition of the conservation easement,” said Paul. “The land protection here is primarily agricultural and scenic views. This would keep this land in perpetuity, and in the ag world that’s pretty important to the Potomac Valley.”