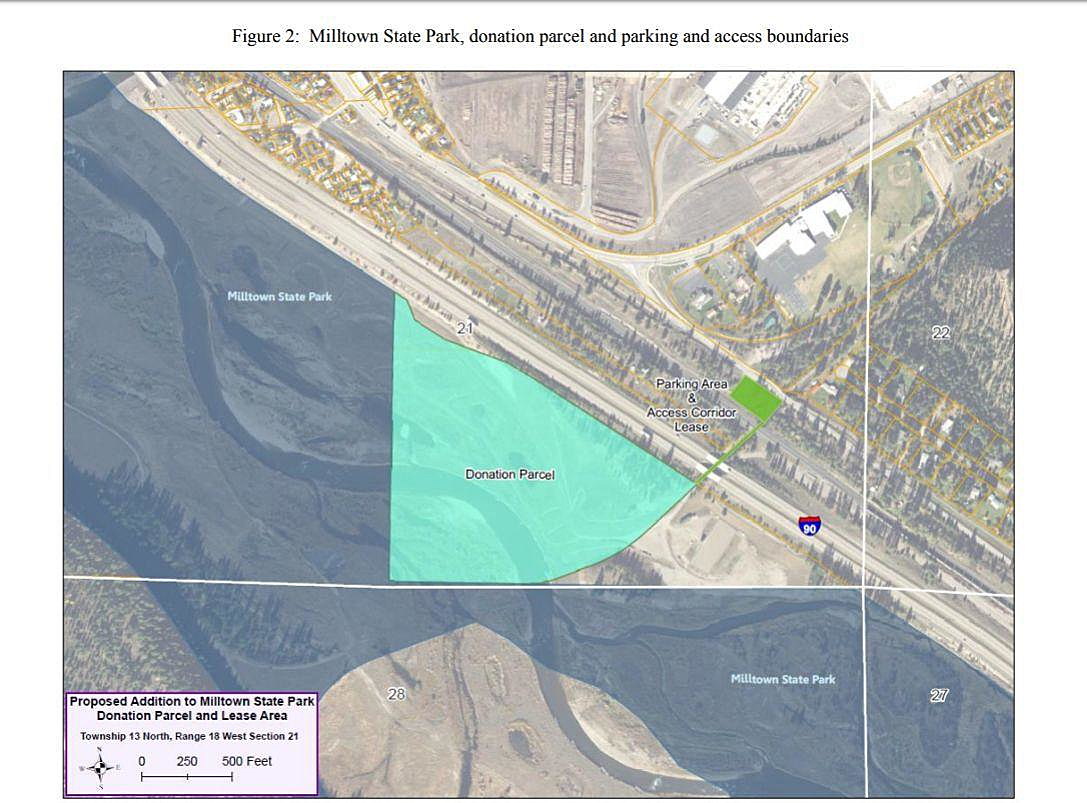 “Once upon a time, there was interest in the Bonner School taking on the park. That has long since fallen through,” Kustudia said. “So about five years ago, FWP was approached about taking it on.”

Now the Bonner Development Group is getting ready to sunset within a few years. The board is aging, so the organization is trying to unload its property. The land comes with $125,000 for managing the park. The group increased that from its original offer of $75,000.

State Parks board member Betty Stone said she was blown away by the generosity of the Bonner Development Group.

“This is an amazing asset to that park, and it reflects decades of foresight and conviction,” Stone said.

However, Montana Rail Link presents the one sticking point.

The corporation owns the tracks running between the river and the frontage road, which provides access to the park. The tracks aren’t active now, but Montana Rail Link wants to keep the option of using them again. But the company’s main concern is possible liability with people crossing under the tracks.

Montana Rail Link wants to construct a protective overhang and add fencing and more parking, but some of the early cost estimates were prohibitively expensive, around $400,000, Kustudia said.

Mike Halligan of the Washington Corporation and other Rail Link managers met two weeks ago with FWP representatives, including regional parks manager Loren Flynn, to see if a less expensive option was available. The existing parking lot accommodates about 15 cars and might not need to be enlarged, though some modification may be required for handicapped accessibility.

In the meantime, FWP needed to close on the deal even if public access was uncertain because the arrangement was set to expire at the end of January. The Bonner Development Group is also giving FWP the Two Rivers Memorial Park near the entrance to the Gateway area of the Milltown Park.

The land, across the road from the Town Pump truck stop, belongs to the Montana Department of Transportation, but the Bonner Development Group managed it. So it makes sense for FWP to adopt the little park.

“Otherwise, they’d have to demobilize everything, take everything down to landscape level. The interpretive panels and the Mullen statue would have to go somewhere else,” Kustudia said. “It will probably maintain its identity of Two Rivers Park – we’ll just manage it.”

Kustudia added that the new Milltown-Blackfoot trail, leading from the Gateway area along the Blackfoot River to the Confluence area is now open. A couple interpretive panels have also been added along the trail.

“Now that the I-90 bridge work is done, the trail has been paved and that is now open. We’ll probably do something in the spring to highlight it,” Kustudia said.