Although it often felt like spring on the streets of Missoula, January brought enough moisture to higher elevations to put Montana in good straits for mid-winter snowpack.

After a mostly dry start to winter, record snowfall in some mountains during January helped basins in western Montana bounce back from below average snowpack at the end of the year, according to the Feb. 1 U.S. Natural Resources Conservation Service water supply outlook.

Thanks to a flow of moist air moving off the Pacific for most of January, snow dumped on the mountains west of the Continental Divide, causing five SNOTEL measuring stations to receive record snowfall for January, including Sleeping Woman northwest of Missoula.

The result is western Montana overall went from 85% to 105% of average snowpack in a month. A more dramatic change was seen in the Lower Clark Fork River basin, which jumped from 65% of average to 100%.

Around Missoula, the Blackfoot River basin is slightly above average while Rock Creek is a little below. 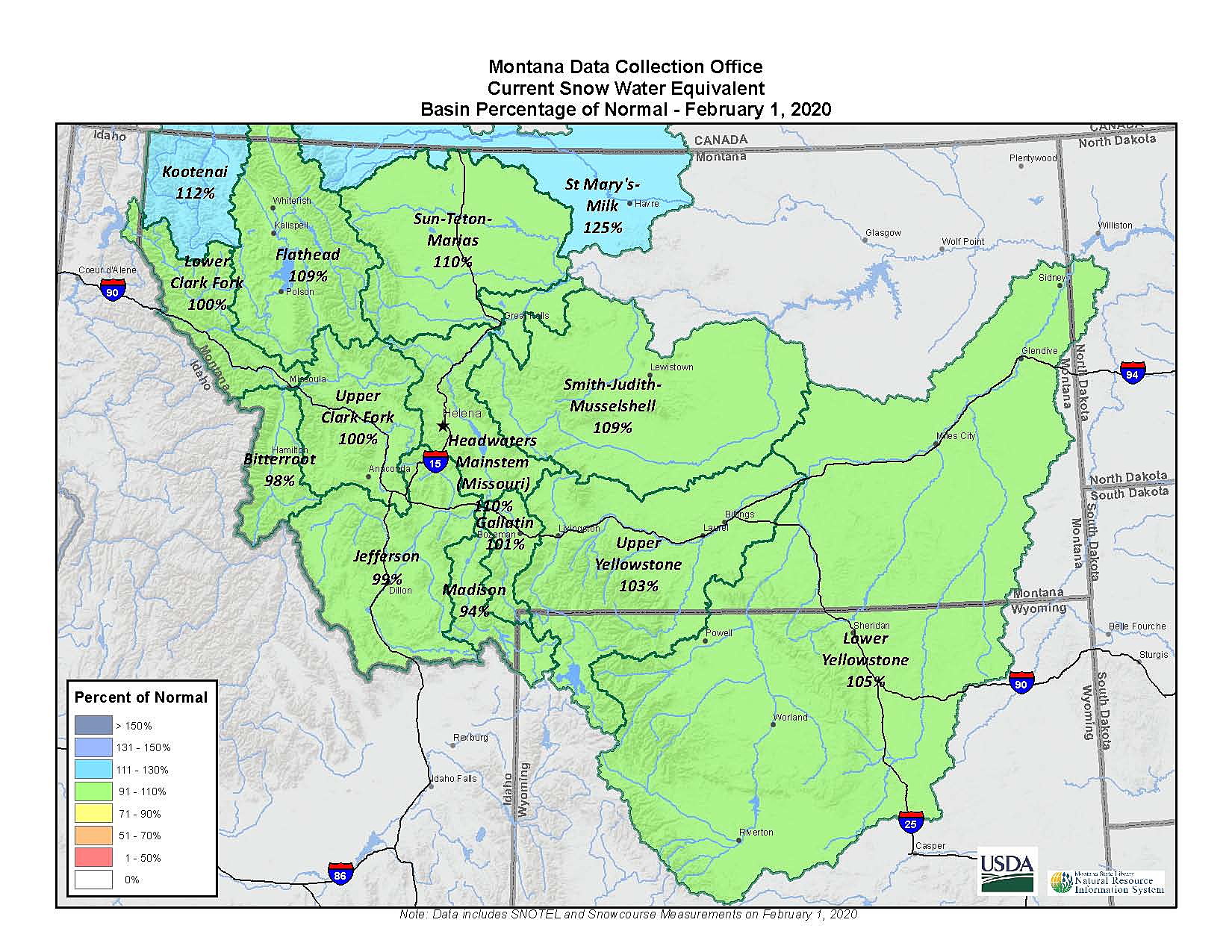 Less snow reached the mountains of central Montana during January, but more snow fell east of the Divide in 2019 so they were closer to average before the New Year. Statewide, almost all basins have snowpack equal to the 30-year average. Only the Madison River basin is below at about 94%.

While snow has dumped at higher elevations, skiers at Snowbowl Ski Area can attest that rain has also fallen because of higher than normal temperatures.

Throughout January, most of the state had above normal temperatures, particularly in the western half. Parts of the Bitterroot Valley were as much as 6 degrees Fahrenheit hotter than the 30-year average while parts of the Flathead Valley were 4 to 5 degrees hotter.

Only north-central Montana stayed cool, which allowed the snowpack in the St. Mary and Milk river basins to stay ahead of the rest of the state with 125% of average.

Montana actually saw more precipitation in January than the snowpack suggests. Statewide, precipitation for the month was 125% of normal, partly because basins west of the Divide received 138% of the monthly normal. On the other side, the Tongue and Powder river basins received only about 85% of normal January precipitation.

Heading into February, the first week is bringing snowstorms that should keep the snowpack on track to be average by the end of the month. Historically, February is not a big month for snow, although last year bucked that trend. Mid-range forecasts indicate a good chance of below normal temperatures and above average precipitation throughout the month.