The state of Montana appears to have backed off its proposal to allow landfills to accept higher levels of radioactive fracking waste than most other states.

On Tuesday, the Missoula County commission learned the Montana Department of Environmental Quality had walked back its proposal to allow four qualified landfills, including Missoula’s, to accept loads of fracking waste containing higher concentrations of radiation.

The proposed rule would have upped the concentration limits to 200 picocuries per gram, four times more radiation than allowed by most other states, including North Dakota, where most of the region’s fracking waste originates.

However, at the end of January, after reading through more than 1,000 comments received last fall, DEQ amended its rule, decreasing the radioactive concentration to 50 picocuries per gram. The state had been using that lower limit for years but never created an enforceable rule.

The amended rule would also require landfills to stop accepting fracking waste and notify DEQ if the radiation emanating from the landfill exceeded 100 millirem per year.

DEQ is accepting comments on the amended rule until March 2.

“The department incorporated most of our concerns with the proposed rule,” said Travis Ross, Missoula County Water Quality District supervisor. “The new proposed standard is in line with what North Dakota has. What we didn’t want to see was some sort of incentive to bring the waste string into Montana.”

The county commission and city-county health board will send letters encouraging the DEQ to adopt the amended standards.

The radioactive waste in question is created when fracking pushes up particles, primarily two isotopes of radium, along with gas or oil from deep in the earth and concentrates them. Because the process condenses the amount of radiation, it’s considered technologically enhanced radioactive material or TENORM.

Different parts of the fracking process produce more TENORM than others. Filter devices called “socks” separate rocky sludge from the fracked oil or gas, so socks and sludge are more radioactive, according to the Western Organization of Resource Councils. That’s what fracking companies want to dump in landfills.

At higher concentrations, TENORM can pose a health risk to waste disposal workers and truck drivers. So the amended rule reduces by half the amount of exposure that workers are allowed to sustain.

TENORM can also contaminate groundwater if landfill containment, such as plastic liners or berms, isn’t sufficient or degrades with time. For example, at the Oaks Disposal landfill near Glendive, DEQ measured increased levels of chloride and radium in groundwater. Oaks Disposal – which was built to capitalize on storing Bakken waste – was then required to increase the size of its storm ponds to prevent overflow and runoff into the groundwater.

So far, Oaks Disposal has accepted more than 253,000 tons of TENORM from North Dakota. But North Dakota isn’t the only source. With oil and gas companies buying more federal land leases in Montana, they could be looking to unload TENORM produced in Montana, too.

Commissioner Dave Strohmaier asked if counties could decide whether to accept TENORM. Ross said other counties that own their landfills might. But Republic Services owns the Missoula County landfill, so the county has no say.

Normally, the federal government creates limits for environmental contaminants, and groups sued the Environmental Protection Agency in 2016 to force the agency to review waste standards. But under the Trump administration, the EPA refused to set limits, announcing in May that it would leave TENORM regulation up to the states.

So that’s why DEQ finally got serious about drafting a rule last year after a number of scoping meetings. At that point, the Montana Petroleum Association proposed the 200 picocuries per gram limit in a May 6 letter to the DEQ, saying that the variability of concentration in TENORM loads made lower limits too restrictive.

“We appreciate your willingness to work with us to reach a reasonable conclusion that is beneficial to the general public and setting goals that industry and the public can reasonably meet,” wrote Montana Petroleum Association executive director Alan Olsen. 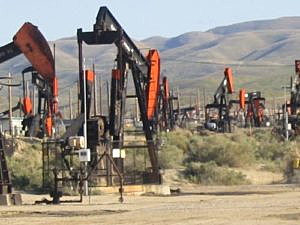 It could help Missoula avoid what recently happened in Oregon, when regulators discovered a landfill near the Columbia Gorge illegally accepted 2 million tons of TENORM from the Bakken between 2016 and 2019. The landfill was limited to 5 picocuries per gram, but the radium shipped in registered at 140.

“It was shipped to Oregon, beyond Missoula. So I think Missoula has a reason to care about this stuff. Most communities don’t want to import pollution,” Newman said. “This is a lot better than the prior draft. It brings Montana into parity with North Dakota, and removes some incentive to bring it in.”