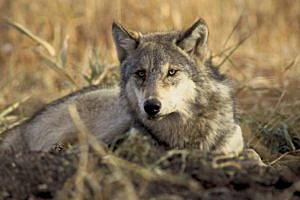 Montana Fish, Wildlife & Parks is recommending changes to the wolf hunting and trapping seasons in Region 1 (northwest Montana). The Montana Fish and Wildlife Commission will consider these proposals at the February 13 meeting.

FWP’s proposals for Region 1 include:

These proposals emerged from the latest biennial season-setting process that involved the review of hunting season structures for most game animals and other managed species. FWP regional staff met and took input from local communities at four meetings across northwest Montana this winter. Public comment was also received online from Dec. 5 to Jan. 27 and forwarded to commissioners and FWP staff for their consideration.

FWP will recommend extending the public comment period through March 16 for these changes to the original hunting season proposals.

“We heard from a substantial number of people attending the public meetings throughout northwest Montana who requested additional opportunity for wolves. Biologically, we have the wolf population to sustain additional harvest opportunity and wanted to be responsive to public input and participation,” FWP Regional Wildlife Manager Neil Anderson said.