After wildfire burned two-thirds of a U.S. Forest Service project area, the only thing left to work on is the roads.

The Lolo National Forest this week released a decision to start the Center Horse Project, originally a 61,000-acre proposal that abuts the southern boundary of the Scapegoat Wilderness about 14 miles north of Ovando. It includes the North Fork Cottonwood and Spring Creek drainages on the west and the McCabe Creek drainage on the east.

When first proposed in 2012 by the Southwest Crown Collaborative and later finalized by the Seeley Lake Ranger District in 2016, the project was to have the usual combination of commercial and noncommercial logging, prescribed burns and tree planting. The project was predicted to last five to 10 years.

The next year, knowing it didn’t have much time to collect what it could from the burned area, the Lolo National Forest approved a salvage project on about 3,500 acres. Dead and dying timber deteriorates below manufacturing standards within two to three years. So much of the value can be lost if logging operations are delayed.

Forest supervisor Tim Garcia said his decision allowed the salvage of about 26 million board feet of “fire-affected timber,” as well as the removal of hazard trees along 25 miles of Forest Service roads and the reforestation of 16,526 acres.

So now, all that remains of the Center Horse project are the actions that were planned for the associated roads and trails of the area. 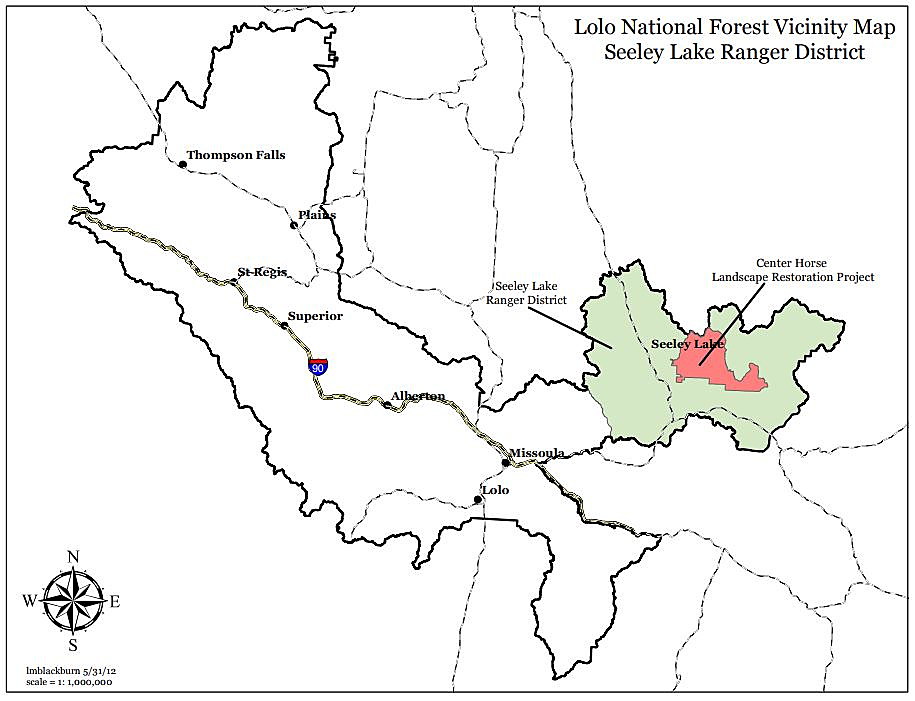 Some parts of the project area –  a total of 7,640 acres –  used to belong to the Plum Creek Timber Company before the Lolo National Forest absorbed them as part of the Montana Legacy Project, which eliminated the public-private land checkerboard pervasive in the Swan and Blackfoot river valleys. But that meant those areas still bear the scars of lots of logging roads.

So the Lolo NF carried out a travel analysis to identify which should be eliminated and which roads should stay for “reasonably foreseeable future access needs,” such as wildfire suppression.

Based on the analysis, Upton chose a package of actions that would decommission 113 miles of road and store 27 miles of road over the next decade. In total, the project will eliminate 8.5 miles of public road, of which only 4.5 miles are drivable.

Of the decommissioned roads, about 50 miles will be allowed to degrade normally while about 60 miles of road will undergo a little more deconstruction. Stored roads remain useable, but are not open to the public.

More work is planned for one road where 2.6 miles will be rerouted and the old 1.8 miles of road will be decommissioned.

The drawback is the rerouted road would run beside Shanley Creek through Montana’s core population of Howell’s gumweed, identified using genetic testing by the Chicago Botanic Garden in 2017. Howell’s gumweed is a kind of daisy that is found only in the Swan/Blackfoot region, so it’s a species of concern.

However, the decision says that Lolo NF scientists have come up with a conservation strategy that will protect other populations of Howell’s gumweed so it shouldn’t go extinct.

“We look forward to implementing these restoration treatments within the Center Horse project area,” Upton said in a statement. “The project will set our transportation system and provide for improved watershed health, while still maintaining key recreational access.”