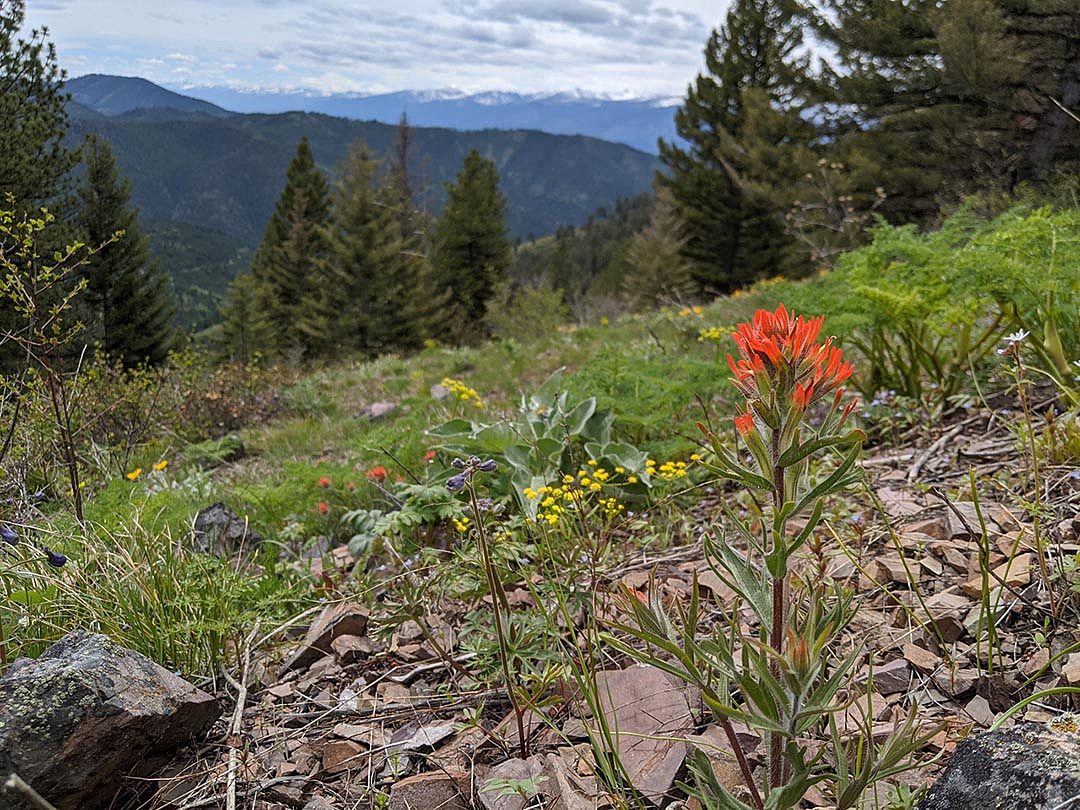 (MTFP) The Biden administration has signed on to the most ambitious plan to protect public land in U.S. history. How exactly it will be accomplished — and what it might mean for Montana — remains up in the air.

Called the 30 by 30 initiative, the idea is to protect 30% of the Earth’s land and water by 2030. Scientists have endorsed the policy as necessary to mitigate the most severe impacts of climate change, as well as to help stem the biodiversity crisis that has put one million species at risk of extinction. In January, Biden signed an executive order committing the U.S. to the plan and launching a process to identify strategies to meet its goals.

In Montana, home to the world’s first national park and millions of acres of protected land, a warming planet is expected to have wide-ranging and unpredictable effects. Charismatic species like the grizzly bear and wolverine are at risk of extinction, increased risk of wildfire threatens to change forests and pollute the air, and decreased snowpack threatens water quantity and quality.

Natural ecosystems are the best tools that humans have to build resistance to a changing climate, said Zak Smith, a senior attorney at Natural Resources Defense Council in Bozeman. Keeping them intact can help sequester carbon, provide natural buffers to help species survive, and provide clean air and clean water.

Many environmental groups view 30 by 30 as a stepping stone toward 50 by 50, meaning half of Earth should be protected in order to stem the effects of climate change, said Jenny Rowland-Shea, a senior policy analyst at the Center for American Progress. Right now, about 12% of U.S. land and 26% of U.S. water is considered protected. Ramping up the protections in the next decade is crucial.

“30 by 30 is the bare minimum of where we need to be,” Rowland-Shea said. “It is based in science. It is ambitious because it needs to be.”

Montana is a particularly important state when it comes to 30 by 30, said John Todd, deputy director of the Montana Wilderness Association. The state is large, has significant “species intactness,” and still has many lands that are undeveloped but not yet under protections.

“We have a huge role to play,” Todd said. “There is a ton of potential for conservation.”

Right now, the Montana Wilderness Association considers about 20% of the state to be protected as wilderness areas, national parks and national wildlife refuges, Todd said. But the larger goal will likely require that some private lands be protected.

How exactly 30 by 30 will be achieved remains to be seen, Smith said. The federal government will likely need to produce a survey of existing protections, identify priority areas for protection to increase carbon sequestration and provide habitat for wildlife, and figure out how all the pieces fit together.

One of the initiative’s biggest champions is New Mexico Rep. Deb Haaland, Biden’s nominee to lead the Department of the Interior. Haaland, who is expected to be confirmed later this month, signed on to the initiative during her time in Congress, and would be in charge of helping implement the process as head of the department that manages millions of acres of public land.

Haaland’s support for 30 by 30 and other aspects of Biden’s climate agenda has drawn ire from some Republican lawmakers, including Montana U.S. Sen. Steve Daines, who has placed a hold on Haaland’s confirmation in an effort to delay her appointment. Seventeen Republican governors, including Montana Gov. Greg Gianforte, sent Biden a letter asking him to rescind the January executive order, which also included a moratorium on federal oil and gas leasing.

One critical step for reaching the 30 by 30 goal will be consultation with tribal nations and local communities, Smith said. The Biden administration has taken steps to involve stakeholders who haven’t always had a voice at the table to make the process more equitable and inclusive, he said.

While Indigenous people make up 6% of the global population, they inhabit 85% of land across the planet currently proposed for conservation, according to the Campaign for Nature.

“I have learned that for conservation efforts to be truly successful, they must empower and uplift communities that are indigenous to that landscape. Traditional conservation practices must evolve and Native voices and perspectives must be heard and considered,” wrote Kendall Edmo, a member of the Blackfeet Nation, in a report endorsing the 30 by 30 idea.

Gevock said he views 30 by 30 as a much bigger effort than just protecting public land. Wildlife moves between public and private lands, and that means both need protections.

He said that private land protections could include conservation easements and efforts to keep working ranches operating, rather than being subdivided and developed.

Gevock said 30 by 30 is a broad goal that “literally dozens” of nonprofit conservation organizations are working toward, and there’s no one group leading the effort.

Todd said the path to 30 by 30 isn’t clear right now, but that it’s important the work starts from “the ground up” through local collaborations.

Protecting land means not only adding new protections — it also means continuing to advocate for lands that are already protected but face increasing threats, Todd said.

While Haaland’s pending appointment at Interior signals support for agency reform in the federal government, the U.S. Forest Service is another key agency influencing management of public lands. USFS, which is overseen by the U.S. Department of Agriculture, steers the use of national forest lands, of which there are more than 19 million acres in Montana. Of those, 3.4 million are designated Wilderness Areas, according to the Montana Wilderness Association.

Tom Vilsack was recently confirmed as Biden’s Secretary of Agriculture, a role that he served for all eight years of the Obama administration. Vilsack’s nomination was opposed by progressive conservation groups including the Environmental Working Group and the Union of Concerned Scientists that are calling for reforms at the agency.

Clint Nagel, president of the Gallatin Wildlife Association, a Bozeman-based nonprofit that works to protect wildlife in the Greater Yellowstone Ecosystem, said public land conservation should be prioritized through the 30 by 30 initiative.

“[The federal government] can probably reach that goal just by trying to protect the vital lands the public does own,” Nagel said.

Nagel said doing so will require a recalibration of priorities within agencies like the Forest Service.

That would require reviewing recent decisions on long-term policy documents, like the recent Custer Gallatin National Forest plan, which is designed to guide management of the forest for the next two decades. That plan removes proposed protections from areas critical to wildlife in the Gallatin Range, for example. Nagel said there is plenty of potential to increase protections in the Bridger, Crazy and Absaroka-Beartooth ranges as well.

“If we’re really serious about trying to protect 30% of America’s lands, let’s do that, not be hypocritical about it,” Nagel said.