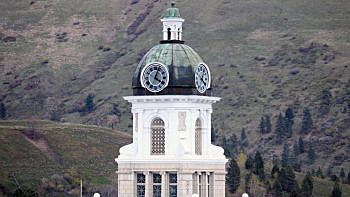 “The initial offer wasn’t accepted, but (the owner) provided a counter offer for $385,000,” said Chris Lounsbury, the county’s chief administrative officer. “It’s always contingent upon an appraisal. This counter offer is in line with what we think is appropriate.”

Located near the Wye just south of Interstate 90, the site contains an estimated 450,000 cubic yards of gravel. That’s enough material to supply the county’s gravel needs for at least two decades.

The county believes that buying the property and crushing its own gravel will save money over time, eliminating the need to buy material from a contractor on the open market.

“Our initial offer was based on research for land out in that area,” said Lounsbury. “(The owner) wanted to give the county the right of first refusal on this, but he has received another offer for the full $385,000.”

If the owner approves the offer, the purchase must pass an appraisal while the quarry itself will need approval from the Montana Department of Environmental Quality.

The county currently holds around $620,000 in its land-use account and plans to direct that funding toward the purchase. The county also plans to reclaim the site once the operation closes.

County officials have said Public Works spends more than $385,000 on gravel on an annual basis.