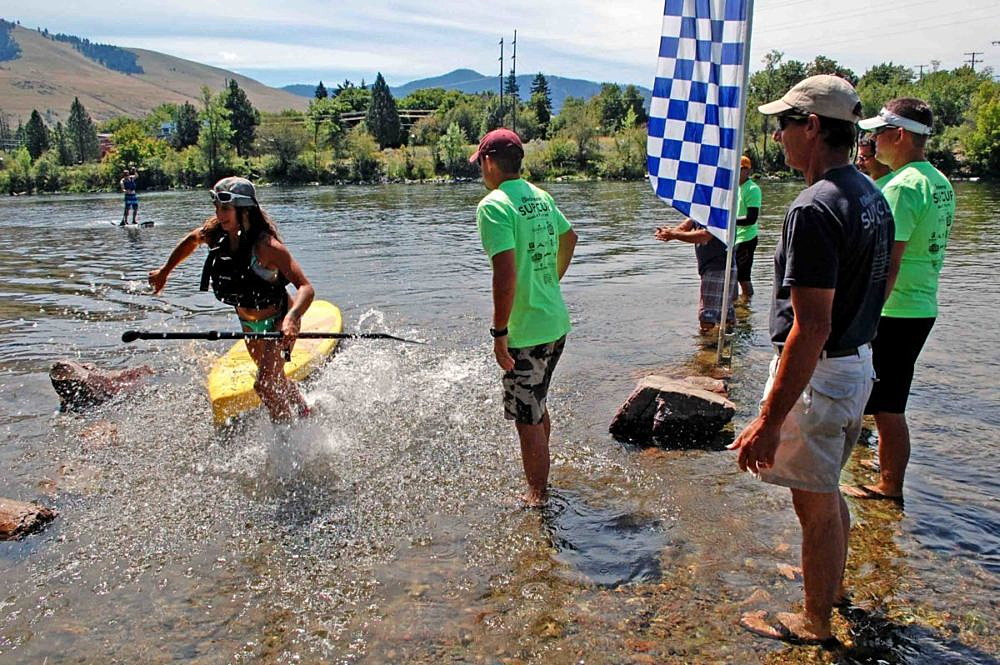 Anticipating a busy season and citing issues from the past, local and state partners this summer will hire several ambassadors to monitor parking and other challenges along the Clark Fork River corridor through Missoula.

Missoula County on Thursday approved the contract with the Clark Fork Coalition, Montana Fish, Wildlife & Parks, and the City of Missoula. The county will contribute $50,000 to cover the positions and the city $10,000.

Other partners will provide nearly $100,000 in in-kind services.

“We’ve been talking about this in terms of trying to address the huge number of river recreators and the issues that come with that,” said county planner Chet Crowser. “This is intended to create a pilot project.”

The agreement outlines the goals around the pilot program and the establishment of a River Recreation Ambassador program. The program looks to address public safety and the behavior of river users during the summer season.

Surveys have counted tens of thousands of users on the river over the summer.

“This is a natural outgrowth of a lot of discussions we’ve been having about river recreation in the Missoula area,” said Loren Flynn, park manager at Milltown State Park. “This is a great example of a collaborative partnership that will protect the resource better and provide a better experience for everyone.”

The impacts of heavy river use during the summer season has been a concern now for several years. Access has been limited to only a handful of sites, placing them under pressure when the crowds swarm on hot summer days.

Erosion from unauthorized trails to the river and parking at various locations also are a concern. The county has placed no-parking signs at several popular access points and has discussed expanding parking at Sha-Ron as part of the Highway 200 corridor plan.

“It’s readily apparent to anyone who lives in Missoula County that in the heat of the summer, the river access points get pounded with use,” said Commissioner Josh Slotnick. “It’s hard ecologically and it’s hard on the neighbors who live nearby.”

While the county works to address parking, the city is working to address access and reduce erosion along the river bank. In March, the City Council approved around $250,000 to develop plans to improve access and restore the banks.

Better access could include rock stairways and restored beaches with trails. Others could have ramps down to the river to make it more accessible for all abilities. The ambassador program would add to the growing effort to protect the river and those who use it.

“These positions are needed to help manage the recreation boom we see every summer and some of the issues that come with it,” said John DeAmrent, the science director with the Clark Fork Coalition. “They’d start in the middle of June. That would give them a couple weeks to get their legs under them before we see the crunch of people.”

Slotnick said the county last year created three new positions that saw sheriff deputies move from site to site to address parking concerns and other issues. After one year, the county realized it needed more help, and not necessarily from law enforcement.

The river ambassadors will provide information on parking, river use and general river ethics and etiquette, Slotnick said.

“We found people want to do the right thing, and it’s not readily apparent what the right thing is,” he said. “Our creative answer to this – and it is a pilot – is to have four people moving between these spots to make sure good behavior and good parking behavior and generally just good ethics are what we see in these spaces.”