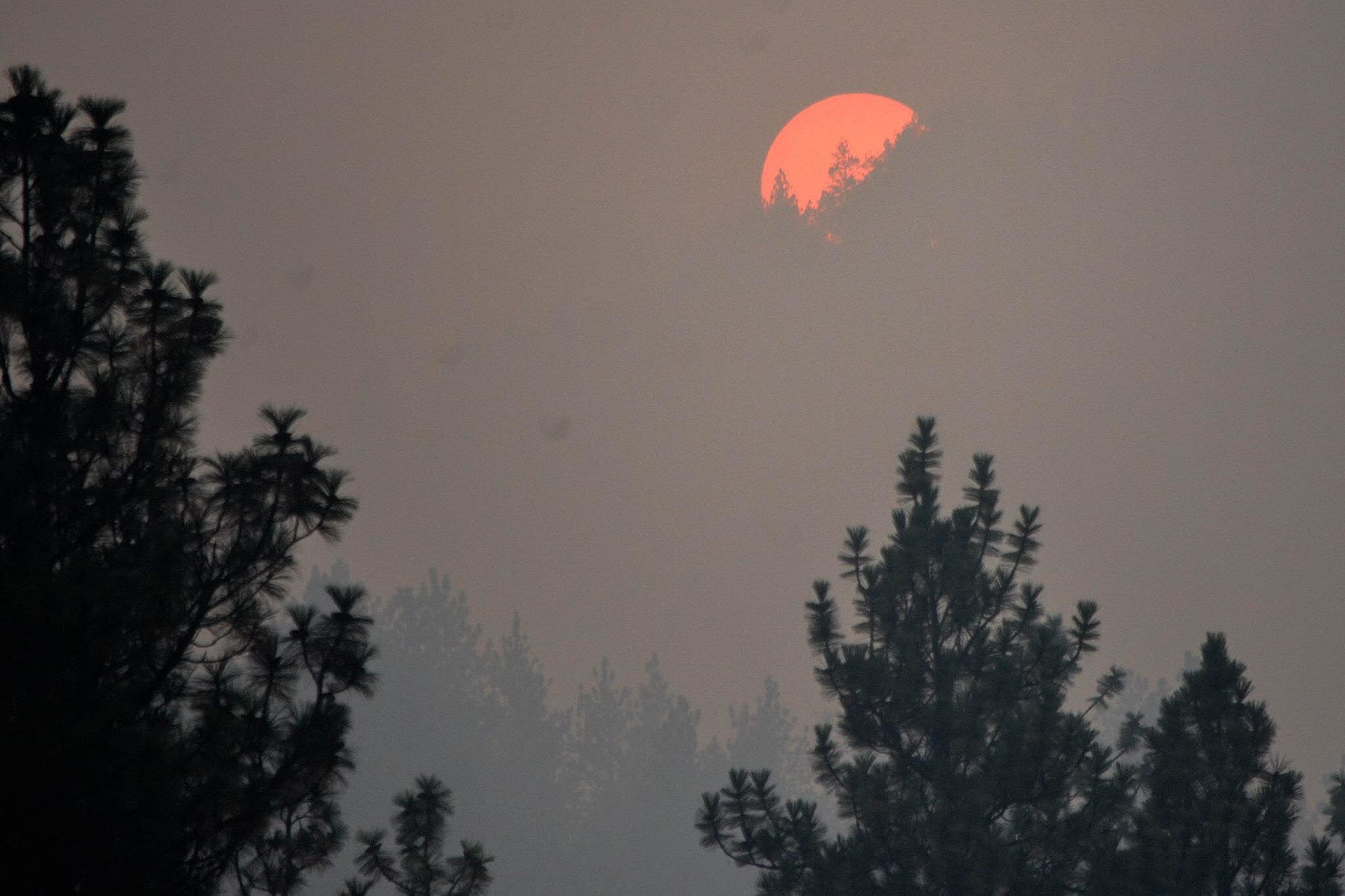 CHICAGO (CN) — The skies over Chicago were a dark hazy gray Wednesday morning as smoke from distant West Coast fires settled over the Windy City.

Meteorologists with the National Weather Service in Romeoville, about 25 miles southwest of Chicago, said they had noticed the smoke for the past 24 hours at least, in which time it had mingled with more typical Chicago smog.

At the source of the smoke – massive forest fires in Oregon, northern California, Montana and western Canada – conditions were even worse. Near the largest fire in the country, the Bootleg Fire in western Oregon’s Fremont-Winema National Forest, severe air quality alerts urged residents to stay inside with the windows closed and to avoid any strenuous activity.

Meteorologist Shawn Weagle with the NWS in Portland said it was probably only going to get worse.

“The sources [of smoke] could become more widespread… I wouldn’t be surprised as we get further into fire season that we see more activity,” Weagle said.

In Chicago, the lake effect has protected most of the city from anything worse than haze. But areas further inland in Illinois, along with most of west-central Indiana, issued both air quality and visibility alerts. Air quality alerts were also issued for much of Minnesota and parts of Montana, Idaho, Wyoming and Colorado. Even the east coast, removed by thousands of miles from the fires, was dealing with smoke on Tuesday and Wednesday.

“It was worse yesterday. It was noticeably hazy,” New York City NWS meteorologist Matt Wunsch said Wednesday. “There was an air quality alert… it’s a heads up for people who are sensitive to particulates in the air.”

The elderly, children, and those with asthma or lung diseases are particularly vulnerable to health issues caused by poor air quality.

Both Wunsch and Weagle said they expected similar smoky conditions to continue sporadically for as long as the West Coast fires continued to burn. In the past, Weagle said, fire season typically ended in September. But climate change continues to bring ever-hotter and drier conditions to the once famously damp Pacific Northwest, including last month’s record-breaking heat wave that cooked billions of sea animals alive and killed over a thousand people in the U.S. and Canada. As these conditions become routine, fire season is only growing longer.

Exacerbating the issue is the fact that when conditions are hot and dry enough, fires can create their own storm systems. The heat from the fires condenses atmospheric water vapor into storm clouds, which in turn generate lightning strikes – which spark more fires. Numerous instances of these firestorms have been documented along the West Coast this season alone. The Bootleg Fire has been generating pyrocumulus clouds, some reaching 45,000 feet high.

With climate change accelerating, yearly firestorms and the continent-spanning smokescreens that accompany them are likely to become annual events. The pattern is already emerging.

“The last two years… this [smoke] has become something that happens much more often,” Illinois State Climatologist Trent Ford said in an interview. “If the size and frequency of these fires out west increase, then we can expect the kind of conditions we have today to become more common.”

A 2020 study by researchers with the U.K.-based Institute of Physics corroborates Ford’s concerns. It found that the conditions for long fire seasons in California have become steadily more prevalent since 1979.

In Illinois, Ford said hazy conditions are generally mild when compared to California or other areas closer to the fires. But even mild smoke can have adverse health effects over a long enough time. In Chicago, areas that already have a high degree of air pollutants or that are farther away from the lake – such as the city’s poorer south and west side neighbors- are especially vulnerable.

“Just the way the flow works, you can have that neighborhood-to-neighborhood difference,” Ford said.