(KPAX) State-mandated cleanup looks different for two different polluted areas in Missoula—one will allow future housing and the other won’t.

On August 13, the Montana Department of Environmental Quality released a final decision for a railyard site in downtown Missoula which restricts future land use, and city planners say it’s a loss.

To showcase how cleanup plans can vary, MTN News checked out an old lumber mill site on the northwest side of Missoula. The White Pine Sash wood manufacturing and treatment facility used to operate at that end of town.

Over time, contaminants leaked into the groundwater and the soil. That landed the site as high priority on a state cleanup list included in the Comprehensive Environmental Cleanup and Responsibility Act.

When DEQ issued a Record of Decision for the cleanup in 2015, the agency looked at anticipated future use. About 9 acres of the lumber site were classified as residential future use, meaning cleanup standards are greater and more costly. But by reaching this standard, the City of Missoula will be able to develop much-needed housing off Scott Street. The city purchased the land in 2020.

According to City of Missoula Director of Community Planning, Development, and Innovation Eran Pehan, there are several examples like that, showcasing successful cleanups that lead to housing.

“There’s an incredible demand for housing in Missoula and that doesn’t necessarily equate to incredible growth. We just have a built-up demand over the last several years when we weren’t producing homes at the rate that we needed to,” Pehan explained.

One piece of land eyed for this kind of development is a portion of the railyard site north of downtown—what city planners say appears to be empty. But that vision is no longer a possibility due to the decision issued by the DEQ released about a week ago.

The Burlington Northern facility is a railyard site that’s operated since the 19th century right in the heart of Missoula. Over time, the nearby aquifer and soils were contaminated with leaking pollutants.

In contrast to the lumber yard, residential use of the railyard site has been restricted. Clean-up will instead meet industrial-use standards, which is less significant, as ordered by the DEQ. The decision restricting residential use comes from legal contaminant exposure limits.

“Essentially commercial industrial workers, approximately working on a facility for maybe 8 or 10 hours a day. That’s not the same as living at home 24/7, 365 days a year. So, it has to do with exposure limits, that’s how you determine the difference between residential and commercial industrial standards,” DEQ Environmental Project Officer Zach Neudeck told MTN News. 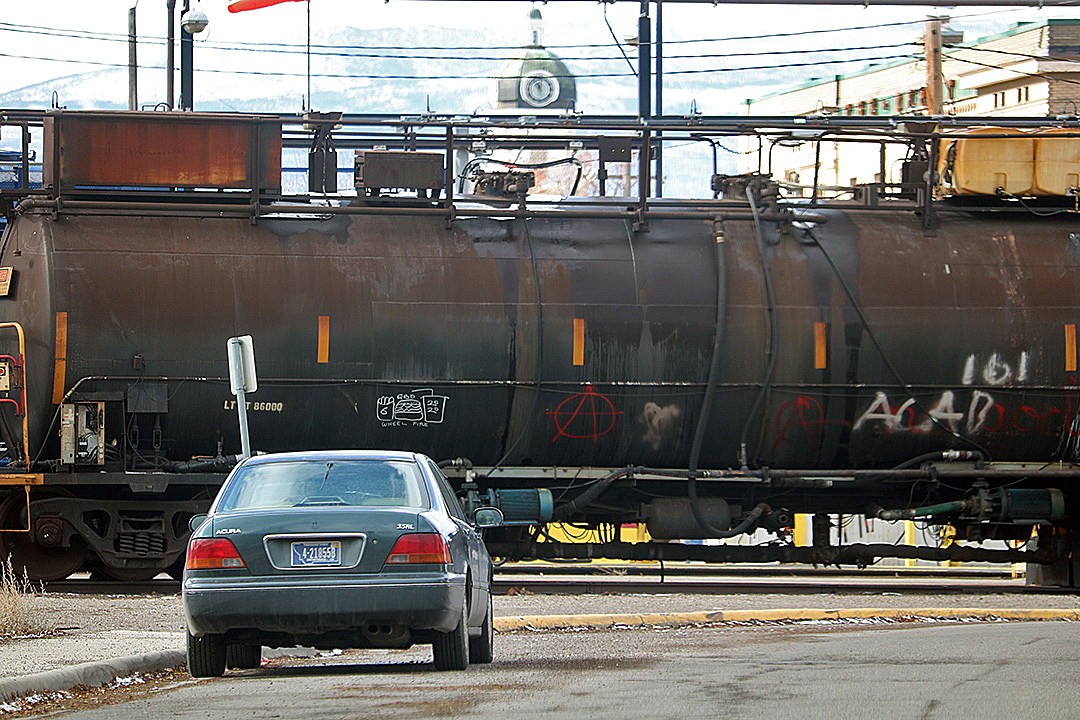 City of Missoula Brownfields Administrator John Adams said he facilitated the process of communication with the DEQ surrounding the cleanup decision.

“We believe this is a place that’s ripe for housing, and where we should build housing if we can. And so what we pressed the Department of Environmental Quality to do was to enable that, require Burlington Northern to clean the property, at least the unused portions to residential standards so that in the future we can build housing here,“ Adams explained.

Part of city planning envisioned several acres of the site to be used for future housing, and that desire was conveyed to DEQ.

Property owner BNSF and leaseholder Montana Rail Link indicated a continuation of railyard use for all 42 acres of the site. The final DEQ decision reflected that continuation.

“It’s disappointing and a little bit confusing, we have been unable to understand exactly why DEQ made the decision that it did. It seems clear to us that substantial portions of the rail yard are not used, but DEQ determined that they are used and will continue to be used as railroad,” Adams said.

Because the entire site will only be cleaned to industrial-use standards, what city planners envisioned as hundreds of future housing units is no longer a possibility.