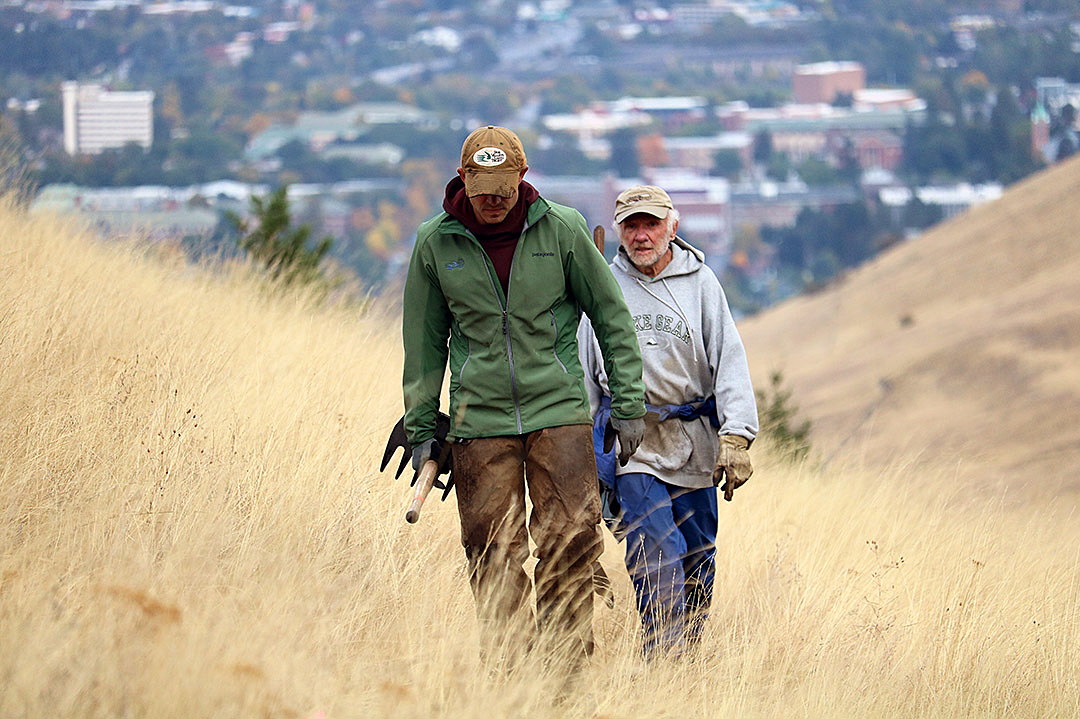 Three years after voters adopted a new open space bond and stewardship levy, Missoula’s Conservation Lands Program has slowly grown, gaining staff while catching up on years of deferred maintenance across the city’s parks and trails.

Morgan Valliant, the city’s ecosystem services superintendent, said it’s taken years to get where the program is today. And while it’s moving in the right direction, more work will follow to keep the promises made with the 2018 bond.

“We’re trying to meet goals that have been set in publicly adopted plans,” he said. “We’ve got more planning going on, a lot of new projects coming forward, and we are going to keep developing those funding strategies. There’s a lot of creative ways to do it.”

Missoula voters passed open space bonds in 1980, 1995 and 2005 that protected around 7,500 acres of land in Missoula and 29,000 acres in the county. But by 2006, the absence of a management plan became clear, and deferred maintenance became an issue within the city’s holdings.

In 2010, the city adopted its first Conservation Lands Management Plan.

The plan’s stewardship goals included the conservation of natural resources, protecting native habitat and providing outdoor recreational opportunities. In 2018, voters recognized the importance of such efforts and passed a new $15 million open space bond, along with a separate stewardship levy to boost program funding.

Both the city and county will focus their portion of the bond on land conservation, though the city has also included improvements to the parks, trails and open spaces it already owns.

Before the conservation stewardship levy was passed in 2018, the Conservation Lands Program operated on a budget of $475,000 a year. It wasn’t enough to provide the staffing and tools needed to properly maintain the city’s conservation lands.

But with additional funding provided by the levy, Valliant said that program now operates on an approved budget of $1.1 million and is fully staffed as of this year. The funding also has enabled the program to establish an Emergency Restoration and Acquisition Fund for the first time.

“This is a fund we can build that will be there as a reserve in case we have a major natural disaster or a large restoration we have to do,” Valliant said. “When Mt. Sentinel burned back in 2008, we didn’t have any money to do any reseeding. We had to have literal bake sales.”

Last year – the second year since the bond was passed – the Conservation Lands Program notched a number of achievements, the biggest being the removal and restoration of Rattlesnake Dam and its associated flood plain.

The project resulted in restored habitat and included the planting of more than 11,000 willows and 10,000 native plants. Nearly 1 mile of trail was also improved. While the project cost $1.6 million to complete, roughly 85% came from grants and donations.

“It was a huge project,” Valliant said. “It was greatly enhanced by the conservation and stewardship mill levy.”

As of last year, Valliant said, the system had grown by about 40% and now stands just shy of 5,000 acres. Coniferous forests now comprise 1,195 acres within the city’s conservation lands system while riparian areas cover 700 acres – an increase of nearly 300% since 2010.

Grasslands have increased 20% and now cover just over 3,000 acres.

“It costs a little more to manage trees than it does to manage grasses,” Valliant said. “You’re going to have to deal with a lot more issues in our coniferous forests and in our active flooding riparian areas.”