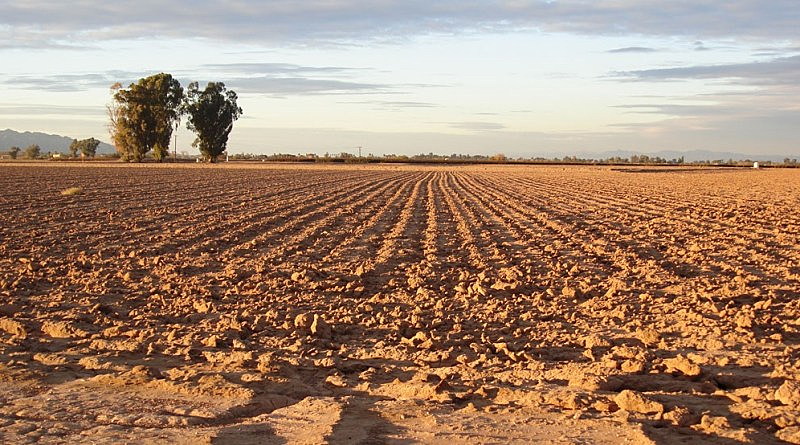 After this summer’s extreme drought, the state of Montana has chosen an appropriate time to begin work on a new statewide drought management plan.

During Wednesday’s Governor’s Drought and Water Supply Committee meeting, the Department of Natural Resources and Conservation announced that it was beginning a two-year planning effort to update the 1995 Drought Response Plan.

A drought response plan lays out the duties of the drought advisory committees at both the state and local levels, describes the state’s duty to monitor and assess drought situations and, most importantly, prescribes action the state will take to respond to each level of drought.

For instance, if severe drought is predicted for a county or region, the governor is to declare a disaster and the Department of Environmental Quality will monitor water quality and quantity in communities with histories of water supply problems or wastewater noncompliance.

Even in 1995, the Drought Advisory Committee recognized that not only is Montana an arid state to begin with, but drought is also becoming more pervasive. During the decade prior to 1995, drought was recorded in seven out of 10 years, according to the plan.

The 1995 plan cited the lack of incentives to encourage water conservation and noted that legal and practical obstacles “often preclude solutions that call for the redistribution of water supplies to places where there is a water deficit.” Therefore “the most important lesson learned in recent years is that the best time to reduce the impacts of drought is before they occur.”

Fast-forward a quarter century and Montana is experiencing even worse conditions due to the worsening effects of climate change. According to the DNRC drought status report, as of Sept. 4, counties in northeastern and southwestern Montana are categorized as “exceptionally dry” while most of the rest of the state is one notch better at “extremely dry.”

Missoula is one of only seven counties that are the best off but still “severely dry.”

The National Weather Service reported that June through August was one of the hottest summers on record across north-central and southwest Montana in terms of the number of days that hit 90 degrees or greater. Great Falls had 38 days and Helena had 49.

Summer heat and lack of precipitation isn’t the only problem. Climate change is also causing Montana’s mountains to receive less snow and it melts earlier in the spring, leaving nothing to supply streams in late summer.

On Aug. 12, DNRC water planner Valerie Kurth told the committee the DNRC had received a $200,000 planning grant from the U.S. Bureau of Reclamation and the 2021 Legislature allocated another $100,000 for the process.

Over the next two years, the DNRC will seek public input from technical advisors, water users and members of the public. The Governor’s Drought and Water Supply Committee, composed of agency leadership, will oversee the planning process.

DNRC Director Amanda Kaster said the plan needs to be modernized. The existing framework is fairly general, so it requires little work. However, the plan has a section that lists “ongoing activities” the state and advisory committees are doing to reduce drought vulnerability over the long-term.

Because the Internet had barely begun in 1994 when the previous plan was developed and local advisory committees didn’t have the advantage of having water information at their fingertips, the ongoing activities sections are where modernization will most likely come into play.

“With every region of Montana facing severe to extreme drought conditions, this is the time to plan for the future and increase our preparedness statewide,” Gianforte said. “Drought is having an impact on everyone – from anglers to foresters to agricultural producers.”

Agricultural producers suffered greatly this summer. Several have had to sell large portions of their herds, if not all, because they couldn’t grow forage for their animals. Farmers lost crops due to the lack of water and the associated surge in ravenous grasshoppers – grasshoppers thrive in warm, dry weather.

Meanwhile, the fire danger was raised to extreme by early July on Montana’s forests as vegetation dried out.

Montana’s fisheries were struggling too – hoot owl restrictions were declared on many streams by mid-summer as low flows worsened warming water temperatures that put trout species at risk of disease and dying.

Trout Unlimited spokesman Clayton Elliot participated in the recent reworking of Montana’s water plan along with a June 17 DNRC meeting on instream water rights, so he’s familiar with the lengthy process associated with these plans. And while he doesn’t anticipate that much change occurring at the state level, he’s more interested in what can be done at the local level.

“It’s going to be determined by who shows up and we intend to be fully engaged,” Elliot said.

Elliot recently learned the governor’s office directed Fish, Wildlife & Parks to initiate drought management plans for individual river basins. So far, only three of the larger river basins have plans: the Big Hole, the Blackfoot and the Jefferson.

The Big Hole and Blackfoot water users developed their plans early because they had to preserve threatened fish species like grayling and bull trout. It was a difficult process with the various user groups, from communities to irrigators to fish and wildlife advocates, vying for limited water resources.

Elliot pointed out that statute and water law recognizes fish and wildlife as a “water user,” so it can’t be left out, even though some consider water left in streams to be wasted. In the end, compromises were reached in both basins.

“There are a number of river basins that have chronic problems during summers like this. (The planning process) could bring people together to find commonalities to be able to start the harder work of putting together those individual drought management plans,” Elliot said.

“In really bad years like this, it’s certainly not great that the Big Hole at Wisdom is at (a flow of) 3 (cubic feet per second). But if it weren’t for their drought management plan, it would be zero. So hopefully, we can put our chips on the table and come up with a good shared-sacrifice model.”

For questions about the DNRC process, contact planner Valerie Kurth at 444-6627.