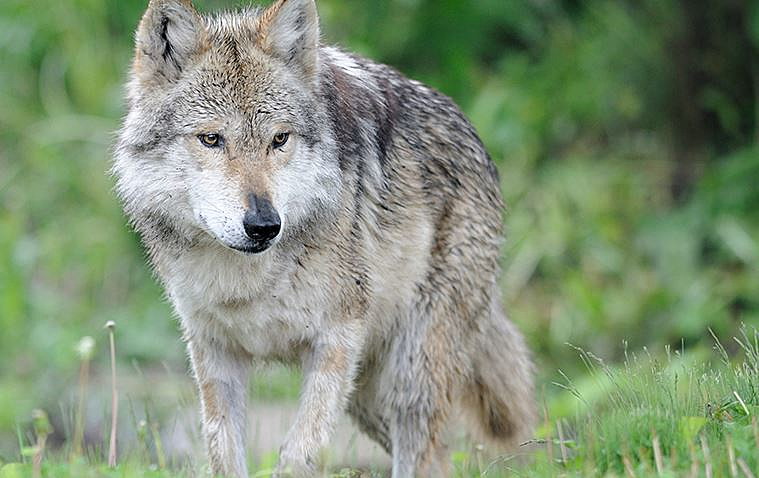 With the wolf body count mounting, more people are calling either for Montana to moderate its hunting and trapping or for the federal government to step in.

As of Thursday, 11 wolves have died since the rifle season for wolves opened on Sept. 15, and the archery season opened on Sept. 5. More may have been killed over the past four days, but the Montana Fish, Wildlife & Parks wolf harvest status page, which is supposed to be updated daily, hadn’t been updated as of 4 p.m. Monday afternoon.

Hunters and trappers must report a wolf kill within 24 hours.

Four of the 11 wolves were killed in two hunting districts adjacent to Yellowstone National Park, three of which were in Hunting District 316 north of the park. Yellowstone Park confirms all three were female wolves, two pups and one yearling, from the Junction Butte pack. The pack had eight pups this year before September.

Because wolves sometimes wander outside the park, HD 316 and 313 used to be two of the few Montana districts that had a quota limiting the number of kills to one wolf a year, so fewer of the park’s research wolves would die.

But that changed on Aug. 20, when the Montana Fish, Wildlife & Parks commission voted to eliminate such quotas, among other things.

On Monday, Yellowstone National Park Superintendent Cam Sholly said in a release that his staff was trying to work with FWP to reinstate the quotas.

“Yellowstone plays a vital role in Montana’s wildlife conservation efforts and its economy. These wolves are part of our balanced ecosystem here and represent one of the special parts of the park that draw visitors from around the globe,” Sholly said. “We will continue to work with the state of Montana to make the case for reinstating quotas that would protect the core wolf population in Yellowstone as well as Montana’s direct economic interests derived from the hundreds of millions spent by park visitors each year.” 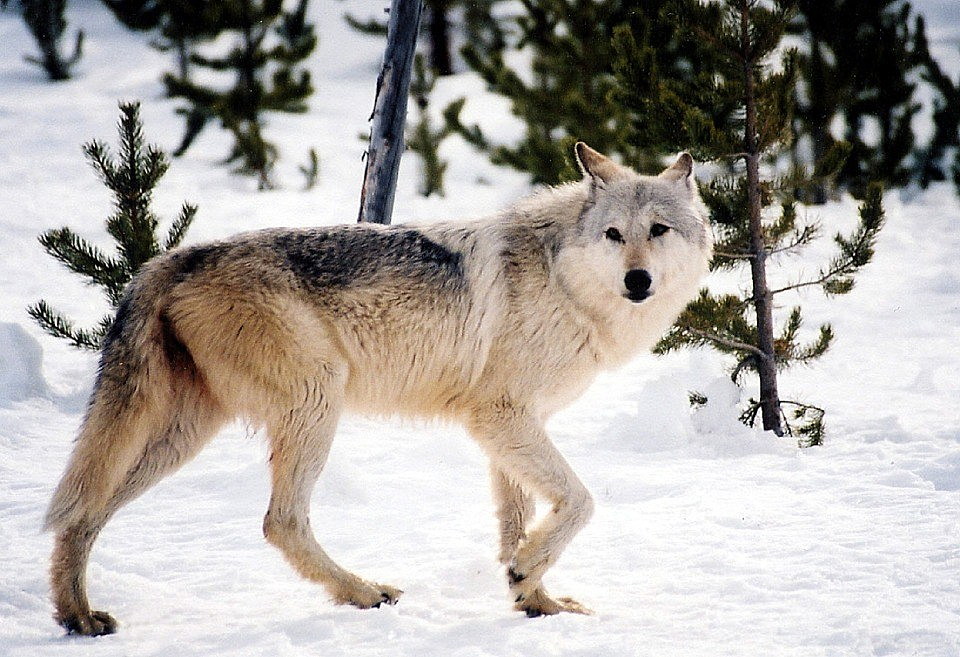 Both wolf advocates and Yellowstone area businesses that depend on wolf tourism are alarmed to see three wolves already dead in HD 316. Wolves of the Rockies president Marc Cooke said the quotas were there because hunters near Yellowstone Park target wolves with radio collars, reveling in eliminating the park’s research animals.

“They’ve been chomping at the bit to do this legally for a long time,” Cooke said. “We had a commission that would listen to the public and put mechanisms in place to protect those wolves. With Gianforte and his puppets, we don’t have that any longer.”

In February, Gov. Greg Gianforte killed a radio-collared wolf – a former member of the park’s Wapiti Lake pack – that had been trapped on a private ranch 10 miles north of the park. He was later cited for not having attended the state’s mandatory wolf trapping certification course.

On Monday, Audra Conklin, owner of Lamar Valley Touring, put out a public letter asking Americans to come to Yellowstone Park to learn how important wolves are to the Greater Yellowstone ecosystem so they know what is being threatened.

“Emailing President Biden, Deb Haaland, etc., is getting us nowhere as we lose wolves that are ‘protected’ but stepping just yards out of the Park. This is an emergency situation as many trophy hunters focus on killing the Yellowstone wolves, and we need help now,” Conklin wrote. “I’m not writing because I care about business (I can work anywhere) but because these misunderstood, fascinating animals need protection.”

On Aug. 20, FWP commissioner Pat Tabor, an outfitter and past president of Montana Outfitters and Guides Association, proposed a drastic set of wolf regulations that included allowing hunters and trappers to kill 10 wolves each, allowing trappers to use snares and hunters to use bait and night hunting on private land.

Also, the season runs until March 15, and 450 wolves would be killed before the commission would consider stopping hunting and trapping. If they let the killing continue, they would reevaluate after another 50 wolves died. They will also meet after 82 wolves were killed in Region 3, the region around Yellowstone Park.

The commission voted 3-2 to approve the regulations over the protest of a majority of commenters. Along with wolf advocates, hunters groups opposed the regulation change because it violates the rules of ethical, fair-chase hunting.

On Sunday, seven former FWP commissioners issued a letter saying the three members of the current commission went too far when they voted to approve such a big change in wolf regulations. The seven commissioners acknowledged the 2021 Legislature had passed bills that took some of the details out of FWP’s hands. But FWP staff had proposed more limited regulations that the commission ignored.

“Adoption of these regressive regulations reflects poorly upon the Commission, FWP, and the State of Montana. Not only are the new regulations not justified biologically, they run counter to generally accepted principles of fair chase and hunting ethics, undermine broader public support for the delisting of endangered species such as grizzly bears and wolves, and add to the negative perceptions many members of the non-hunting public hold for recreational trapping and hunting,” the letter said.

Even some ranchers have said that they don’t support the regulations, worried that they could cause the U.S. Fish and Wildlife Service to relist the gray wolf, which could hurt agricultural producers.

While wildlife advocates have called on the U.S. Fish and Wildlife Service to relist the wolf, the agency has said it would review the status of the species but won’t step in now.

On Monday, the Public Employees for Environmental Responsibility, the Center for Biological Diversity and a coalition of 25 Native American, conservation and animal welfare organizations proposed a different remedy. They asked Interior Secretary Deb Haaland to adopt regulations that withhold Pittman-Robertson dollars from states that allow hunting and trapping “at levels that compromise healthy populations of wildlife, including predators.”

“A healthy predator-prey relationship is necessary for healthy wildlife populations as a whole,” added Rick Steiner, a PEER Board member, conservation specialist, and retired University of Alaska professor. “No state, including Alaska, should receive millions of dollars in federal wildlife restoration aid each year, while they continue ecologically destructive efforts to severely reduce or eliminate populations of wolves, bears, coyotes, and mountain lions.”