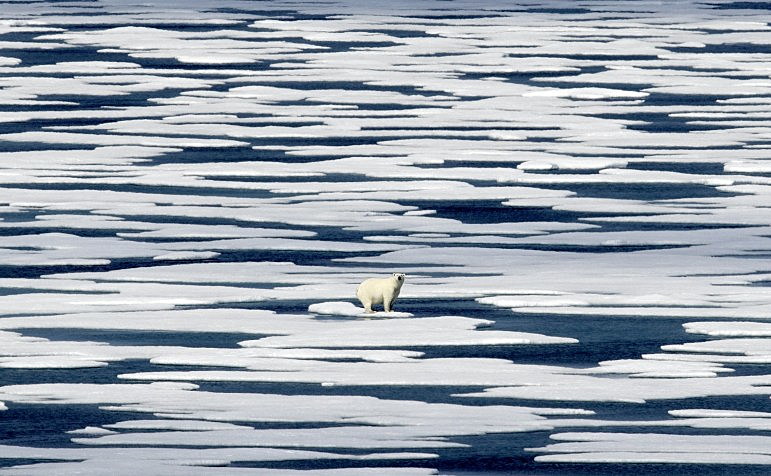 (CN) — Declining sea ice in the Arctic may be contributing to increased wildfires in the western United States, demonstrating the effects of climate change on extreme weather events and indicating the potential for more and larger wildfires in the area, according to a new study.

Devastating wildfires along the West Coast have exploded in recent years, with five of California’s 10 largest wildfires happening just last year, according to the National Aeronautics and Space Administration. Nearly 4.2 million acres burned, leading to 30 deaths and nearly 10,500 structures damaged or destroyed.

Other western states, including Oregon, Washington and Colorado, were also hit hard.

According to NASA, record drought conditions in late 2019 and early 2020 were followed by the hottest summer on record for the Northern Hemisphere, coupled with unusually dry air and strong winds along with a slew of summer thunderstorms.

This year has not been much different, with California’s second largest wildfire on record — the Dixie Fire — swallowing more than 1,500 square miles as of late October.

A recent U.S. Forest Service study found that high severity wildfires — or fires that destroy more than 95% of trees — have increased by 800% in the western U.S. since 1985.

There are several factors contributing to the increase in wildfires, and a warming, drying climate is chief among them.

While there is some evidence that Arctic sea ice declines can influence extreme weather conditions, the impact on wildfires has been unclear.

To investigate the relationship between those two factors, Yufei Zou and Hailong Wang of the Pacific Northwest National Laboratory in Richland, Washington, and their team combined data on wildfires, sea ice concentrations and weather conditions over the past 40 years and conducted model simulations.

Researchers identified a link between declining sea ice concentrations in the Arctic between July and October and an increased chance of large wildfires in the West during the following September to December, according to the study published Tuesday in the journal Nature Communications.

The model simulations suggest that declines in Arctic sea ice are connected to air circulation changes that cause hotter and drier weather conditions, which increase the likelihood of wildfires.

In fact, they found that the weather changes driven by declining Arctic sea ice are of similar magnitude to other leading modes of climate variability, such as the El Niño cycle that also influences fire weather in the western U.S.

El Niño is an abnormal climate pattern that weakens Pacific ocean trade winds and brings warm water back toward the West Coast of the Americas, causing significant weather alterations, with some areas seeing drought and others experiencing major flooding.

“More extreme fire weather with increasing likelihood of large wildfires in autumn has become the new normal for western regions like California, a region projected to suffer more by the end of this century as has the clear decline in Arctic sea-ice coverage,” researchers note.

Arctic sea ice, they say, has been projected to continuously decline and eventually diminish to an ice-free Arctic sea during the month of September before the 2050s. This means that more drastic strategies for coexisting with wildfires may be anticipated.

The findings, they note, “may serve as motivation for more attention to adaptive resilience approaches including public awareness of fire risk and hazard mitigation, scientific fire risk and forest management, and sustainable residential and infrastructure development planning on fire-prone landscapes.”