Three years since Missoula adopted its plan to reach zero waste by 2050, officials say the city lacks funding to address many of its goals but has seen some progress.

The 2018 Zero by Fifty plan laid out three immediate actions: create a budget and financing strategy, establish a dedicated zero-waste staff position, and conduct a study to assess the city’s waste composition.

The city has not created a program budget and financing strategy, or hired a staff position. Without funding, the city cannot invest in major infrastructure needed to reach a zero-waste Missoula.

Cities across the U.S. have used various strategies to fund zero-waste efforts. These include dedicated funding in the city budget, waste taxes, grants and private partnerships. But Missoula has yet to implement any of these.

Leigh Ratterman, Missoula’s energy conservation program specialist, said scrutiny of expensive programs by both the city and its constituents is a major barrier to funding expensive zero-waste infrastructure projects.

Ratterman said that large federal or private grants are also an option for funding Zero by Fifty. But, she said, the city has not applied for many of these grants because the staff members in the city’s energy conservation program, which manages zero-waste, don’t have enough time to apply for grants due to other duties.

The city dedicated $20,000 in the 2018 budget to conduct a baseline community waste study. The study, however, didn’t go through Missoula’s trash. Instead, it pulled together information about waste in cities similar to Missoula to create an estimate of what Missoula’s trash is like.

According to Ratterman, this was done due to funding limitations. Going through a city’s waste is expensive. Ratterman also said that data across cities similar to Missoula is consistent, and the data gathered was sufficient in understanding where Missoula could divert waste.

Ratterman said that a more cost-effective way to evaluate Missoula’s waste would be through voluntary reporting by the city’s waste haulers and collectors, like Republic Services and Soil Cycle, but such a partnership has yet to be initiated. 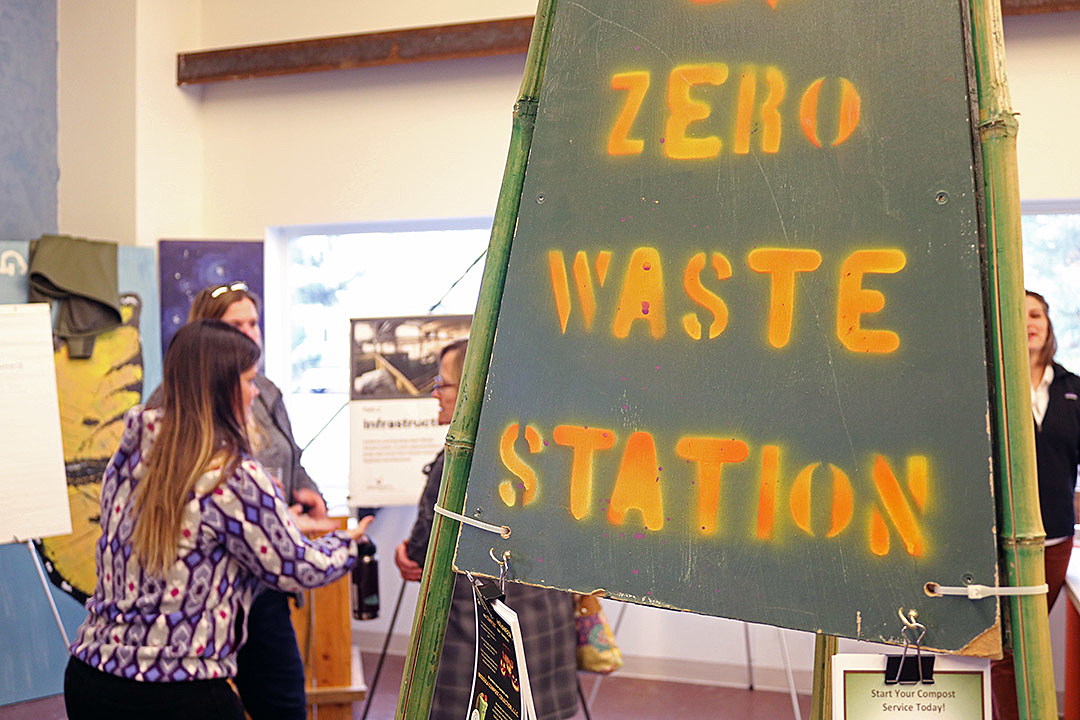 Though many goals that require significant investment have yet to happen, the city has reached lower-cost goals in partnership with Home ReSource.

Home ReSource, which receives funding from the city and Missoula County to complete actions from the Zero by Fifty plan, has successfully implemented many educational goals laid out in the plan.

Katie Deuel, executive director of Home ReSource, said the program is working. Students are composting and returning food they don’t eat, which saves the school money.

Ideally, the students will not only apply zero-waste in their own lives but also tell their parents about it. Deuel compares this to campaigns to stop smoking and wear seatbelts that targeted youth but influenced a larger audience.

Home ReSource is also in the permitting stage of building a hazardous waste center where Missoulians can safely dispose of toxic wastes, including paints and combustibles.

As Missoula sees new residents move from cities where zero-waste practices are the norm, Deuel and Parker believe that Missoula is better situated than ever before to become a zero-waste city.

“The thing I love about zero-waste is that it’s totally doable,” said Deuel. “It’s tangible. It’s concrete. We really just need the investment.”