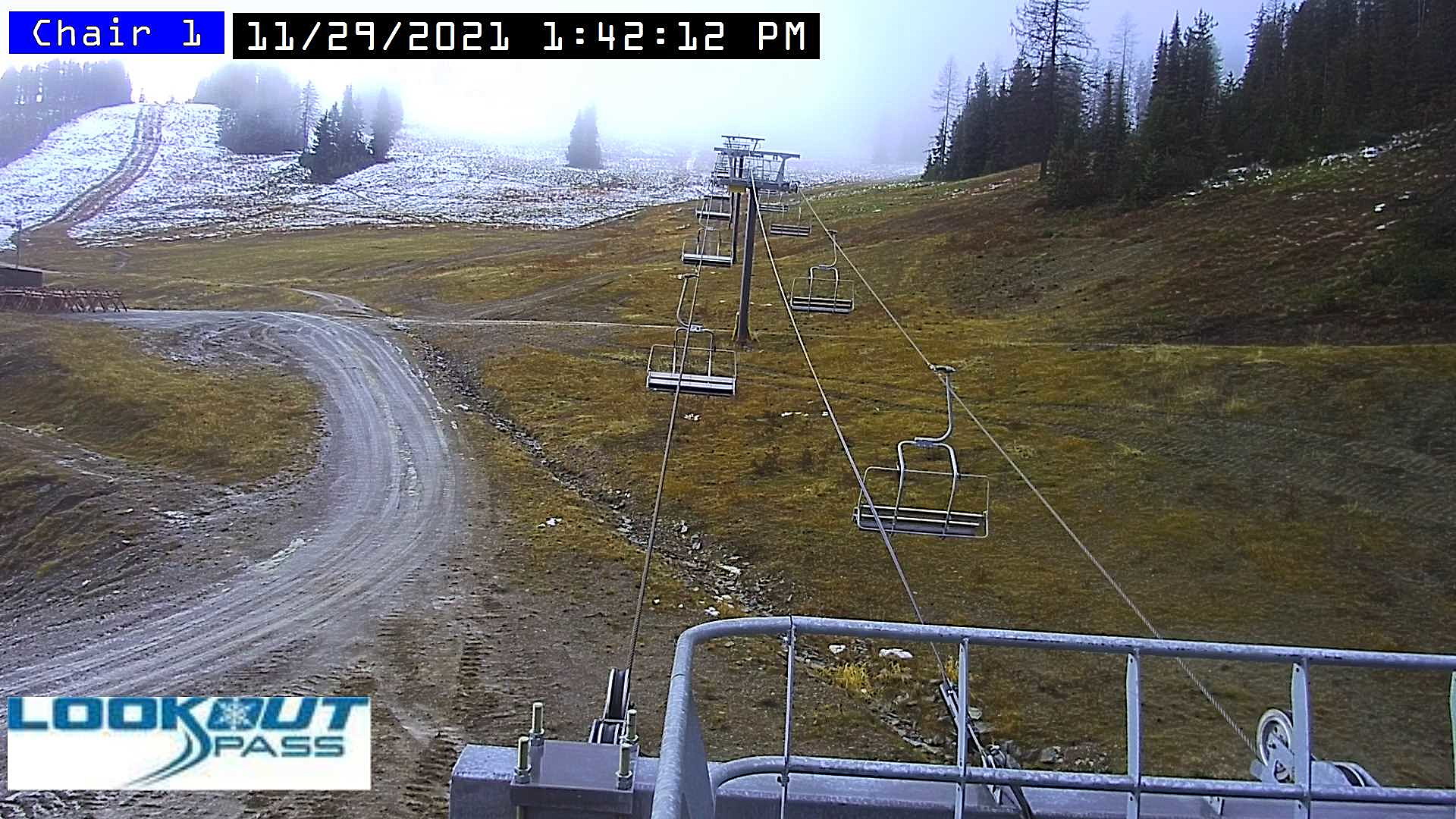 A few decades ago, the managers of Montana’s ski hills planned on being able to open on Thanksgiving. Now, the effects of climate change have made it a rarity.

Thanksgiving weekend was an uncommonly warm one, breaking records for high temperatures on Sunday. According to the National Weather Service, the unofficial high temperature of 62 degrees in Missoula blew the old 1973 record out of the water by 10 degrees. The temperature becomes official Monday night.

This is in keeping with observations in Missoula that show the average high temperature in November has risen 1.5 degrees Fahrenheit between 1970 – when the average high was 40 degrees – and 2020, according to the National Oceanic and Atmospheric Administration.

Records were set throughout western Montana. Kalispell beat its record of 51 by 8 degrees while Hamilton was 64 – 4 degrees above the record set in 2014.

The warm weather meant it was raining on mountain passes where it should have been snowing. On Monday, the visitor center at Lolo Pass posted a Facebook video of rain melting the dwindling 12 inches of snow while Lookout Pass Ski Area webcams showed muddy ground around the ski lifts with rain and a temperature of 37 degrees.

Montana was already in dire trouble after a summer of heat domes, record high temperatures and low moisture. Then, October registered as the sixth warmest on record for the U.S., causing drought conditions to worsen two to three times in central Montana.

Now, November’s conditions are adding to the problem.

As of Nov. 23, almost all of Missoula County is considered in severe drought, along with 93% of the state being in severe drought or worse, according to the U.S. Drought Monitor sponsored by the University of Nebraska.

A year ago, only 8% of the state had severe drought. Now, the center third of the state, much of it along the Missouri River, is in exceptional drought, which leads to loss of pasture and crops and extremely high fire danger.

Add it all up and winter recreation is taking a hit. People are still hiking the hills of Missoula when they used to be skiing in years past.

A little farther south in West Yellowstone, last week’s Yellowstone Ski Festival was cancelled due to lack of snow for the first time in its 32-year history.

“Our committee has never had to make this difficult decision. Due to current conditions and without significant snow in the forecast, we are unable to groom,” said a website announcement.

Lookout Pass, often one of the first hills to open in western Montana, says it’s planning to open this coming weekend but “unfortunately, warmer weather is still forecast through Thursday.” Lost Trail Powder Mountain and Whitefish Resort are also planning on opening within the week, but that’s dependent on conditions.

In 2019, most ski areas didn’t open until mid-December, with only Red Lodge Mountain and Big Sky being fortunate enough to open a few weeks earlier due to some errant storms. Back then, Discovery Basin president Ciche Pitcher said his area was missing every two out of five Thanksgiving openings. Now, it’s been three years in a row.

This winter’s low precipitation resembles that of last year. Both 2020 and 2021 were predicted to be La Nina winters, which are supposed to bring lots of the fluffy stuff. But snow really didn’t appear last winter until February, while November and December were a disappointment with many locations receiving well-below normal to record low precipitation.

This year is starting much the same except Montana is already at a severe water deficit. Recent warm temperatures, especially nights that don’t dip below freezing, aren’t helping.

However, NOAA is predicting more moisture for this December while temperatures are forecast to be around average for the month. The three-month outlook shows the prediction of above-average precipitation continuing through February with a slight chance that temperatures could drop below average.