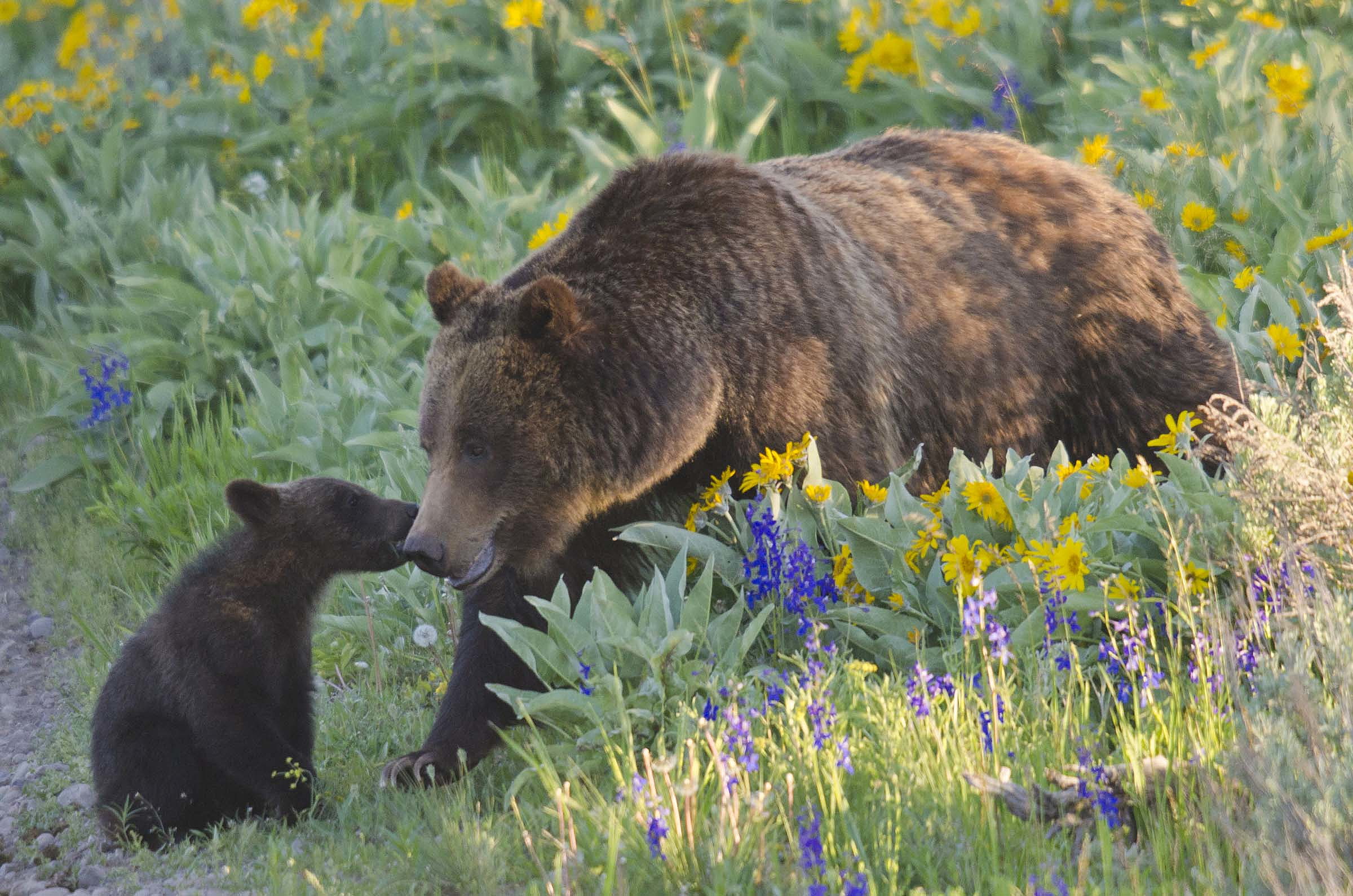 On Wednesday, wildlife and land managers of the Northern Continental Divide Ecosystem learned that this was a year of highs: high grizzly mortality, high numbers of conflict calls, high livestock loss payouts, and high amounts of uncontained bear attractants.

Cecily Costello, Montana Fish, Wildlife & Parks bear biologist, said 42 bears died this year within the NCDE monitoring area, which includes a buffer, Zone 1, around the more wild primary conservation area. Prior to this, the most NCDE bears killed in a year was 31 in 2018.

This year, of the 30 bears that weren’t still cubs, seven were killed on the road, FWP eliminated seven due to livestock conflicts, and five were poached or their deaths are under investigation.

Compare that to annual averages of three bears killed due to livestock conflicts and three to poaching while vehicle collisions have killed closer to two a year. Some of the cubs also died on roads.

An additional 10 bears died outside the monitoring area, mostly to the east. Of those, three died on roads and four clashed with livestock in the fields along the Rocky Mountain Front.

In total, six bears died on US Highway 89 along the Front while two died on US 93 in the Flathead Valley. Two others died on Montana 83 running through the Swan Valley.

Vehicle collisions can cause animals as burly as grizzly bears to suffer greatly before dying. Costello told of one female that had been hit at least four times outside Glacier National Park. Another bear was seen struggling in Salmon Lake, and it turned out his back had been broken and his pelvis smashed in a vehicle collision.

Both bears were euthanized.

“We had quite a high number of automobile mortalities and a little bit higher number of bears involved in a poaching incident,” Costello said. “Within the primary conservation area, the number of mortalities has not really changed dramatically, but we do see that we’re increasing in terms of the number of bears dying outside of the recovery zone and even outside the DMA.”

But the death of 10 females and 20 males was still below the mortality thresholds established in the NCDE conservation plan, Costello said.

Biologists around the region were kept busy fielding calls about bears, installing electric fencing and trying to educate people about the need to keep unsecured garbage, birdseed and pet food indoors.

A few bears contributed to the chaos this year by killing 53 cattle and 21 sheep, mostly in Glacier and Pondera counties. George Edwards of the Montana Livestock Loss Board said he’s paid ranchers a record high $270,000 for dead livestock but denied reports that the Loss Board was out of money.

“I said if grizzly predation continues to increase at the rate it has been doing, we might possibly be out of money a few years from now,” Edwards said.

Up in the Flathead region, bear biologist Tim Manley said he has previously taken about 200 calls a season, but this year, it was closer to 300. He ended up trapping 32 bears, 11 of which are now dead. That didn’t beat his high of 40 bears in 2004 and 2011, but it easily surpassed the average of 19 bears a year. He was so busy with conflicts that he didn’t have time to transport bears to augment the Cabinet-Yaak grizzly population.

Farther south, bear biologist Jamie Jonkel also had his hands full with about 60 incidents. Thankfully, the Blackfoot Challenge has helped reduce conflict in the Blackfoot Valley, because problems are increasing in just about every other area, particularly Seeley Lake and Missoula.

Jonkel is still battling the garbage problem in the Seeley area, where some residents of limited means don’t have bear-proof trashcans because they don’t subscribe to garbage services. It was made worse after a local resort bought out most of the hotels.

As a result, people with no place to stay end up camping in private campgrounds without bear-proof containers. One man escaped to his car only to watch a grizzly dismantle his coolers and tent, Jonkel said.

“We’ve tried a lot of different tactics up there. But we continue to have lots of issues in Seeley,” Jonkel said. “So we’re going to be much more aggressive from here on out.”

But Missoula isn’t looking much better with people still leaving their bird feeders and garbage cans out. Recently, a female grizzly with three cubs has managed to get into cabins, chicken coops and junk vehicles in the North Hills. She was probably the bear that hit the same chicken coop last year and learned that she could get a food reward. There’s a reason a fed bear is a dead bear.

“We’re going to be meeting with the commissioners, the city council and the mayor to see what we can do to get things rolling in Missoula,” Jonkel said. “We’ve been telling folks forever that eventually we’re going to have grizzlies in this area and to govern yourselves accordingly. That time has finally arrived.”

Grizzlies are moving to a lot of areas where they haven’t been in decades, and some are traveling hundreds of miles to do it.

This year, two bears have shown just how far they can travel if they’re allowed. Costello said a bear photographed in the Big Hole Valley had traveled 120 miles from his birthplace in the NCDE.

But a collared bear dubbed “Lingenpolter” had more than just mileage to wow biologists. In addition to traveling at least 80 miles this summer from north of Drummond to east of Sula where he was captured on camera, Lingenpolter proved just how intimidating Interstate 90 could be to wildlife.

Last fall, his GPS positions showed he spent 29 days looking for a place to cross the highway before giving up for the winter. When he emerged from hibernation this spring, he spent another 24 days paralleling the highway until he found a crossing location where the Clark Fork River runs beneath the highway. Without that discovery, Lingenpolter might have been another grizzly collision statistic.

“What’s interesting is the trouble he seemed to have getting across I-90,” Costello said. “These X’s that I made on the map show times when the GPS locations were within 500 meters of the highway. To me, they appear to be times he tried to cross the highway but was turned back.”

Joe Weigand, Montana Department of Transportation biologist, was surprised that the number of bear collisions was so high. But he has worked on some of the state’s animal crossing structures and knows some of the problem areas where wildlife try to cross various roads, sometimes unsuccessfully.

Weigand is hopeful that Montana will get some of the $350 million in the recently passed Infrastructure Investment and Jobs Act that’s dedicated to animal crossings.

“It may not go very far; it could get tapped pretty quick,” Weigand said. “But it’s good that we already have partnerships established and we already have efforts underway.”

The timing couldn’t have been better. Weigand said local groups, including the Missoula Regional Connectivity Working Group, have already been trying to develop crossings on a number of the problem highways. They’re starting off with a number of small-scale projects, including improving the area under the highway where Lingenpolter crossed. That can lay the groundwork and develop the support for larger projects in the future, Weigand said. And maybe fewer bears will die due to collisions.

“Those two things mesh really well,” Weigand said. We’ve got the funding hopefully coming available that we can move forward with but also these local community groups that are hopefully going to lead the charge and try to show that Montana can succeed and get things done with the money we have available.”