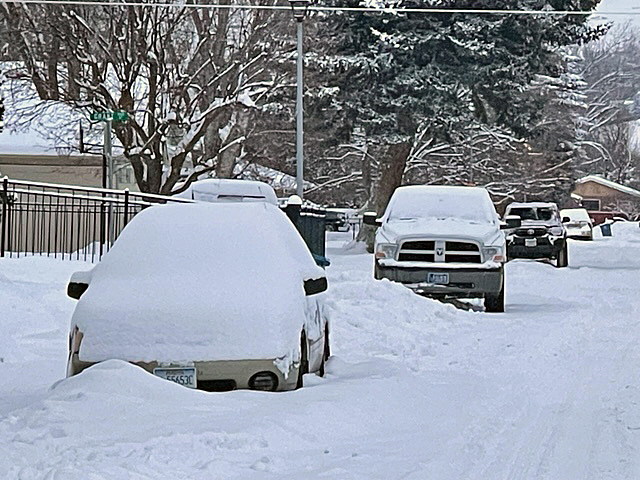 Emergency services in Missoula issued an urban avalanche warning for Mount Jumbo on Thursday while the Montana Department of Transportation issued a warning for Lolo Pass.

The West Central Montana Avalanche Center also issued a warning for the backcountry, saying slides are likely and human triggering is certain.

While it wasn’t the storm of 1996, the warnings came on the heels of potent winter system that delivered between 8 and 10 inches of snow across Missoula and several feet in higher elevations. The storm contained more than .50 inches of liquid moisture, according to the National Weather Service as of Thursday evening.

In an effort to avoid a repeat of the deadly avalanche on Mount Jumbo in 2014, the city closed the popular recreation site, saying dangerous conditions were present that could result in a slide.

“Residents must stay off the mountain, including private property, to reduce human-triggered avalanches,” Missoula County 911 said in a tweet at 3:45 p.m.

While the storm slowed traffic and caused a number of accidents, it also impacted air travel in and out of Missoula Montana Airport. The airport saw as many as seven flights delayed on all major carriers, including American, Delta, United and Alaska airlines.

The delays included arrivals from Denver and Dallas.

According to the National Weather Service, the wintry weather is expected to linger through Saturday morning, and while the snow may slow, warmer temperatures could bring freezing rain.

Winds also are expected to pick up on Friday, with a steady 22 mile-per-hour wind and gusts up to 31.