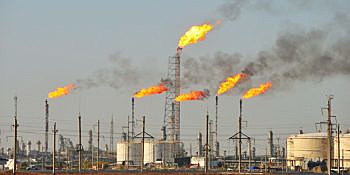 WASHINGTON (CN) — An effort to hobble climate change action using a made-up constitutional doctrine and a defunct rule is set to go before the Supreme Court on Monday.

Republican-led states and coal companies have asked the court if a provision of the Clean Air Act allows the EPA to issue significant rules capable of reshaping electricity grids and unilaterally decarbonizing the economy, so long as it considers cost, nonair, and energy requirements. As their opponents have been quick to point out, however, the rule that allowed challengers to bring their cases to the high court isn’t even in use anymore.

“It’s just a very odd, unusual, aggressive move for the court to take this case because it knows that EPA is at this very moment writing a new rule that reflects the current reality and, quite frankly, the court’s shown no hesitation in jumping into review roles like this very quickly,” Kirti Datla, director of strategic legal advocacy at Earthjustice, said during a Georgetown Law panel discussion on the case last week.

The Clean Air Act historically has allowed the EPA to create regulatory programs that control air pollution from stationary sources like factories and power plants. To address carbon dioxide from power plants, the agency in 2015 established the Clean Power Plan, which gave states emission guidelines to follow when creating plans to limit carbon dioxide from existing power plants. The EPA first had to pinpoint the best system of emissions reduction for these plants, landing on a system that used three measures, two of which qualified as “generation shifting” because they move electricity generation from higher-emitting sources to lower-emitting ones.

Multiple states and private parties challenged the plan, which was then put on hold pending the Supreme Court’s review. The case was ultimately dismissed when the EPA decided to reassess its position on the rule. In 2019, the EPA repealed the Clean Power Plan on the grounds that it exceeded the agency’s authority. The Affordable Clean Energy Rule, or ACE Rule, was then adopted in its place.

The ACE Rule set emission guidelines only for existing coal-fired plants because the EPA determined it did not have enough information to issue guidelines for other existing plants. This rule adopted only the first measure of emissions reduction systems — heat-rate improvements — of the three initially pinpointed for the Clean Power Plan.

But the repeal of the Clean Power Plan brought its own challenge from states and private parties, leading a court of appeals to vacate both the repeal and the ACE rule, and send them back to the EPA for further proceedings. Clearly noting that it did not wish to reinstate the Clean Power Plan, the agency asked for a stay during which the EPA could create another new rule. The motion was granted.

Even so, Republican-led states and coal companies will be back at the Supreme Court next week to challenge the Clean Power Plan’s generation-shifting approach to regulate carbon dioxide emissions from existing power plants. The EPA says the issue is moot because the rule is no longer in effect and the agency has no plans to reinstate it.