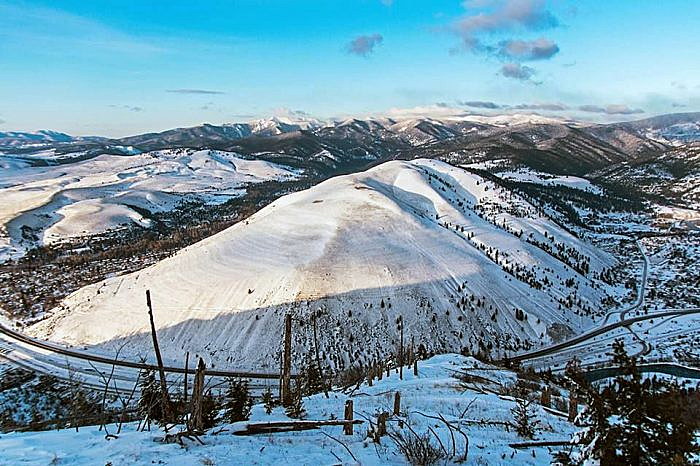 While La Nina made an appearance in northwestern Montana, the weather pattern failed to bring its reputed big snow, leaving mountain snowpack below normal for much of the state.

The April 1 Natural Resources Conservation Service surveys show that mountain snowpack across much of Montana is below normal. Only the snowpack in the Kootenai basin in the far northwest corner of the state and the Sun-Teton-Marias basins along the Rocky Mountain Front are about average for this time of year. The lower Clark Fork and Flathead basins have a little less than average – 91% to 94% – but are looking better than elsewhere.

The Milk River drainage along the central Montana-Canada border, including the Bears Paw Mountains, is the worst off with only a quarter of its snowpack. The mountains of the Shields River basin north of Livingston have only half their normal snowpack while the Helena Valley is next in line with just two-thirds of its April 1 snowpack.

Mountains in the rest of the state have between 71% and 83% of their mean snowpack, based upon the past 30 years. The upper Clark Fork River basin upstream of Missoula, including Flint Creek and Rock Creek basins, are at 82% of average, as is the Bitterroot River basin.

Based upon temperature trends in the Pacific Ocean last year, this winter was looking like it would have a La Nina weather pattern. In years past, that meant a trend toward more snow in Montana as colder moisture bands moved southeast off the Pacific Ocean near Alaska carried by the jet stream across British Columbia, Canada, to drape over the Northern Rocky Mountains.

However, weather patterns are becoming less predictable as the climate warms. Recently, the jet stream has stayed farther south during the first part of the winter, said Leeann Allegretto, Missoula meteorologist with the National Weather Service.

“We had a lot of atmospheric rivers this year. If you ask anyone in Washington state, they had more precipitation than they could stand,” Allegretto said. “A lot of times, the jet stream came off the Pacific over Oregon and up into northwestern Montana. So for a long time early in the season, we had a lot of warm weather driven by atmospheric rivers. Then we had a dry period in January into February. It ran longer than we wanted.”

March was still drier than normal, except in northern Montana. The Blackfoot and Upper Clark Fork basins received about 70% of the normal monthly precipitation. The Rock Creek basin received 55% of its normal moisture while the Bitterroot saw 87%.

Although one month of possible snowfall remains, the current trend is not good news for most of Montana, which remains in extreme to severe drought. According to the U.S. Drought Monitor, Montana is doing slightly better than at the beginning of the year, but more than 80% of the state has severe drought or worse. The Helena Valley had its first wildfire of the season on March 26.

As the second half of March brought warmer temperatures – the March 27 temperatures neared record highs across the state – rivers in western Montana began to rise, in keeping with climate change trends that cause spring runoff to occur earlier in the season. The Clark Fork River at Missoula was running about average until March 24. Now it’s running about 2,000 cubic feet per second above average for this time of year, according to the U.S. Geological Service.

The long-range forecast shows Montana doing better than the rest of the nation as far as temperature and precipitation trends. While every place south of Montana and North Dakota is predicted to be hotter and drier than normal for the next three months, the National Oceanic and Atmospheric Administration predicts that most of Montana should see average seasonal weather, although the southern third of the state could be slightly drier than normal. Again, not good.

“We like to look at the season as a whole. So we really want to see those snowpack numbers above 100% by the end of the season, that’s what counts,” Allegretto said.

If predictions hold, April’s showers probably won’t bring enough moisture to help Montana’s snowpack return to where it should be by May 1. That means streams will likely run low by the end of the summer, causing problems for aquatic species and agriculture. Low flows also contribute to higher water temperatures, which encourages the growth of algae in streams where water quality is deteriorating.