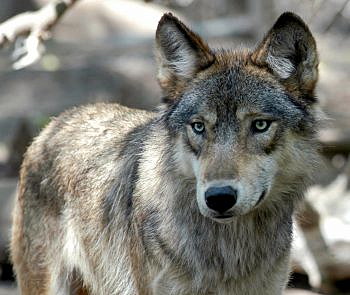 If sportsmen can’t show that killing large predators means more than just a trophy on the wall, a growing proportion of the public is going to push back, according to a former Fish, Wildlife & Parks supervisor.

Former FWP supervisor and biologist Jim Williams joined hunters’ representatives discussing predator management across the nation as part of a panel at the Backcountry Hunters and Anglers Rendezvous at Fort Missoula over the weekend.

The tone of the discussion was pro-hunting – not surprising considering the audience – and the panel started off talking about how to stop bans on killing predators, such as bear-baiting and coyote-killing contests.

“It’s only been within the past 15 to 20 years that the animal-rights groups have amassed sufficient numbers and influence to warrant a counter movement,” Perricone said. “There are new social paradigms today that require hunters and anglers to work together in a new mindset to ward off the attacks.”

While states like Washington, California and New Mexico are seeing more efforts to ban various practices, Montana saw just the opposite in 2021. The legislature took wildlife management decisions away from FWP by passing a slew of contentious bills to increase the amount and variety of predator-killing options, including allowing wolf snares, reimbursement for wolf kills and hunting bears with hounds, methods that Montana hunters had opposed for years.

Williams said those bills were an over-reaction, and they’ve upped the outrage of wildlife advocates. Williams just retired a month ago after 31 years with FWP in Kalispell.

“In my opinion, the Legislature overreacted to wolf regulations. The darned wolf season was fine as it was. We killed about the same number of wolves that we killed the year before,” Williams said. “But when you throw in night hunting and baiting and all these other things, hunters create a (opposing) movement – I’ve seen it firsthand. We create some of the problem. And then add on social media, with people posting about dragging wolves through the snow with a snowmobile. We as hunters need to challenge ourselves: what’s best to maintain the privilege to hunt in each state?”

Hunters like to tout the principles of the North American Model of Wildlife Conservation, which was developed in the early 20th century after unlimited hunting and greed drove several species almost to extinction. As a result, the model says state agencies manage wildlife – all wildlife – in the public trust for future generations, paid for by the sale of hunting licenses.

“The North American Model is a wonderful tool to look backward, it’s not the best tool to look forward,” Williams said. “In my opinion, there’s a lack of power sharing. Lack of seat at the decision-making table that dictates how many large carnivores you can kill legally – that’s a big deal. Non-hunting people get frustrated. When they can’t share decision-making power, they go to the ballot box, they go to the commission, they go anywhere they can go to advocate their case. So how do we move forward to share power?”

Williams said the ballot initiatives and legislative efforts amplify a clash of values, which somewhat mirrors the urban-rural divide. But now, with the pandemic and a digital economy, more urbanites have migrated to rural areas, bringing their values with them. So trying to force through one value or the other doesn’t mean it will stand the test of time.

It’s one thing to justify deer or elk hunting, where trapping isn’t involved and hunters eat what they kill. It’s quite another with large carnivores, Williams said, where people don’t use the meat, traps can be used – which isn’t fair chase – and trappers often make money selling the pelts, which goes against the principles of the North American Model.

“Typically, we don’t eat them. Where you can’t do the farm-to-table thing, selling the rest of the world on why it’s okay to shoot large carnivores is going to be a challenge,” Williams said. “It’s a difficult sell to say you want to kill mountain lions and wolves to benefit deer and elk, unless the deer and elk declines are so obvious. My challenge is: How do we move into the large carnivore management world beyond just helping deer and elk, beyond wanting a trophy on the wall?”

Perricone agreed that hunters need to work to improve their public image, even though a majority of Westerners polled are supportive of “ethical hunting.”

“Hunting is a privilege, and like democracy, we don’t get that right by being born into it – it’s something we have to work for,” Perricone said. “I don’t think we’ve always put our best foot forward. We haven’t offered a value proposition to the non-hunting population in a way that’s accorded them in our larger conservation effort. From my perspective, that’s where the real opportunity lies in the future.”