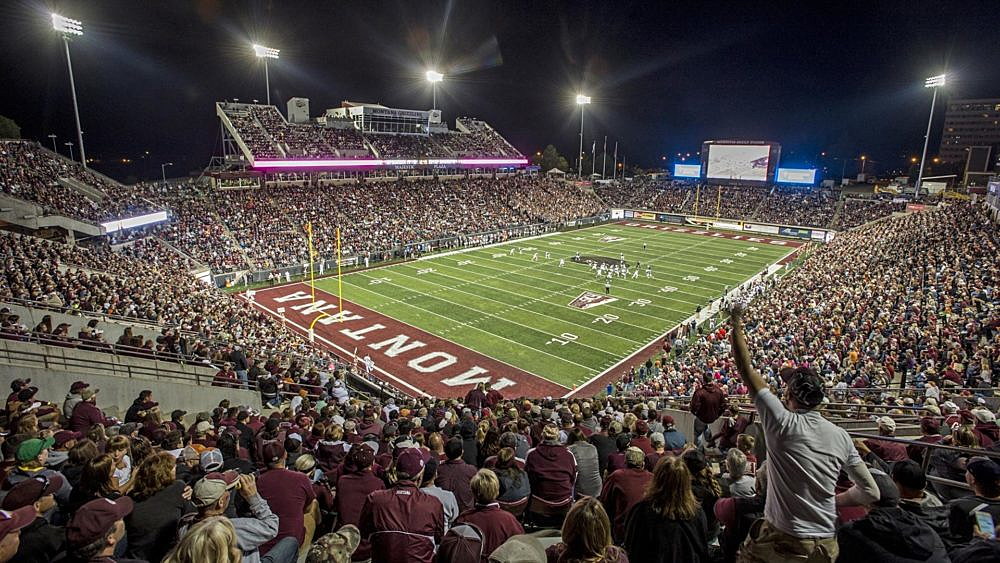 The Montana Grizzlies have been selected by Big Sky Conference media and coaches to finish sixth in the 2017 league race the conference announced at the annual football kickoff event in Park City, Utah.

Following a 2016 season where the Griz finished 6-5, dropped four of their last five games, and missed out on the playoffs for only the third time in the past 24 years, Montana begins the road back to the postseason from the middle of the pack.

“We’re probably where we should be after the way we finished last season,” said Head coach Bob Stitt.

“We’ll use these polls as motivation to play a complete season and finish where we want to be in the final poll.”

Despite coming in at No. 6 in both the media and coaches’ ballots, the Griz still garnered a single first-place vote in each, pulling in a total of 204 points in the media poll and 83 points in the coaches’ poll.

Montana’s road back to the postseason will be led by preseason All-Big Sky selections David Reese (OT), Jerry Louie McGee (WR) and Josh Buss (LB), which was announced Monday in Park City.

North Dakota was picked by both the media and coaches to repeat as conference champions, collecting 298 votes in the media poll and 130 points from the coaches. Montana will get a chance to take down the preseason favorite Fighting Hawks on October 14 in Missoula on Homecoming weekend.

Following the graduation of virtuoso wide receiver Cooper Kupp and the addition of a new coaching staff, last year’s co-Big Sky Champion Eastern Washington Eagles came in second in this year’s preseason voting. Montana faces an important early-season showdown with the Eagles on September 23 in Missoula.

Northern Arizona was selected third in this year’s preseason voting with 236 media points and 119 coaches’ points. The Griz will also face the Lumberjacks in the friendly confines of Washington-Grizzly Stadium this season on November 4.

Montana has been the Big Sky preseason number one pick 11 times in the past 19 years and was picked to finish second in the 2016 preseason polls.

The Grizzlies finished 2016 ranked No. 25 nationally in the final FCS Coaches’ poll, and just outside of the STATS FCS Top-25 with 30 votes.

In other preseason prognostications, Lindy’s Sports Magazine has placed the Grizzlies at No. 24 in their annual FCS poll.

The Griz start the quest for a return to the playoffs in 2017 on September 2 against Valparaiso at Washington-Grizzly Stadium in Missoula.