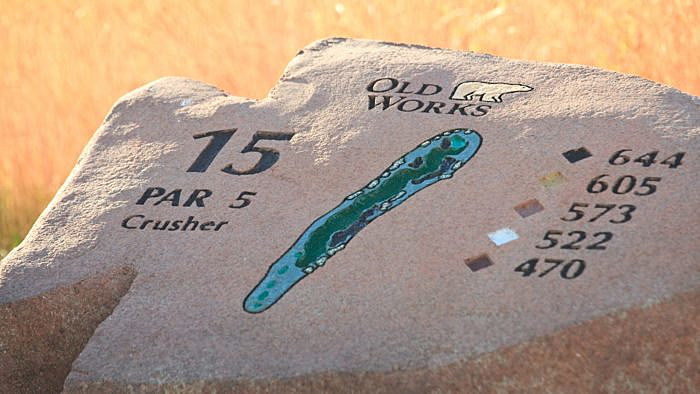 The Battle at Old Works, a two-day tournament that the Montana women’s golf program will co-host with Montana State, highlights the Grizzlies’ 2017-18 schedule that was finalized recently by third-year coach Matt Higgins.

The tournament will be held at Old Works Golf Club in Anaconda on Monday and Tuesday, Sept. 11-12, and will be the first of 10 scheduled events for Montana.

“We’re excited to work with Montana State to finally bring a Division I women’s golf tournament back to Montana,” said Higgins. “We have some great teams from all over coming to play.

“It will be a challenging venue for the players and a great opportunity for the state to come out and watch some great Division I women’s golf.”

Montana will play five tournaments in the fall, five more in the spring. The fall schedule will have the Grizzlies competing in five different states

After its quasi-home tournament at Anaconda, the Grizzlies will travel to Illinois for the Loyola Invitational, California for the Cowgirl Desert Intercollegiate, Washington for the Pat Lesser Harbottle Invitational and Arkansas for the Little Rock Golf Classic.

The Loyola Invitational will be played at the Flossmoor Country Club in Flossmoor, Ill., south of Chicago. The final three tournaments will be the same events Montana competed in last fall.

“The Loyola Invitational will be our first time bringing the ladies to the Windy City. Flossmoor looks to be a challenging, traditional country club,” said Higgins.

“I can’t wait to get back to Little Rock. The host families, the course and the tournament are fantastic. It’s a great way to close out the fall season.”

The spring schedule will have Montana mostly playing in Arizona. After opening at the Battle at the Rock in Southern California in mid-February, the Grizzlies will play their next three tournaments in Arizona: the Grand Canyon Invitational, Red Rocks Invitational and Wyoming Cowgirl Classic.

It will be the 12th consecutive spring Montana has played at Wyoming’s tournament. This year’s event will be played at the Ak-Chin Southern Dunes Golf Club.

Those four events will lead up to the Big Sky Conference Championship, for the third year in a row being played at the Boulder Creek Golf Club in Boulder City, Nev.

“We’ll be spending most of our spring in Arizona. I’m looking forward to bringing the team to a new event at Grand Canyon and back to Northern Arizona’s event,” said Higgins. “And then we return to Southern Dunes, which is one of our favorites. We tend to play well there.

“This will be a challenging schedule that will bring us all over the country.”

Opatz, a transfer, finished with a team-leading season scoring average of 77.03 in her first year competing for the Grizzlies. Hoagland, who has a career average of 78.57, ended 2016-17 with a stroke average of 78.40.

Montana lost Amanda Kahn and Alexa Schendelman to graduation. Replacing them will be incoming freshmen Faith D’Ortenzio, of Phoenix, and Ashlyn Guggisberg, of Glenwood, Minn.

Also returning will be sophomores Abby Pfeifer and Caylyn Villatora.