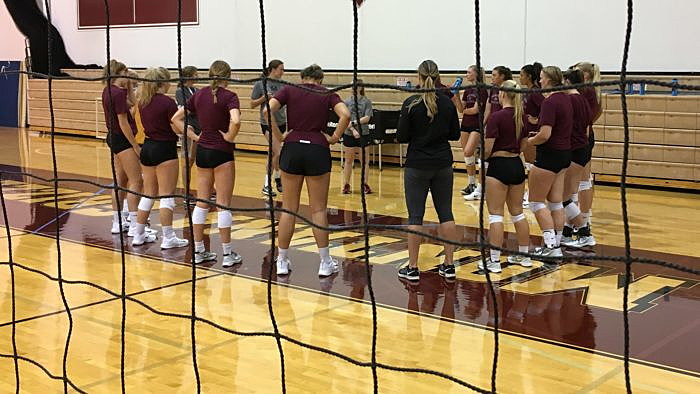 Without a regular-season home match until Sept. 28, the Montana volleyball program is giving its fans a chance to get an early look at its 2017 team on Friday when the Grizzlies hold an intra-squad scrimmage.

Free and open to the public in the West Auxiliary Gym, practice will start at 2 p.m. The scrimmage will begin at 2:30 p.m.

Montana is under first-year coach Allison Lawrence, and she promises you won’t recognize her team, and not because she has seven players who have yet to compete in a Montana uniform.

“We have a lot of new players, beyond just our freshmen,” Lawrence said. “The transformation that especially our leaders have gone through has made them almost new players that our fans will want to come and watch and get to know.

“I think that’s an exciting reason to come watch. And then there is the opportunity to see everything new we’ve added since January, everything we do differently, and get to know our personality a little bit as a new team.”

Montana, led by junior captains Mykaela Hammer and Cassie Laramee, will open its season next week with matches against Prairie View A&M, Tulsa and North Texas at UNT’s tournament in Denton, Texas.

Nonconference tournaments will continue at Utah Valley, Drake and Southern Illinois-Edwardsville before the Grizzlies open Big Sky Conference play with road matches against Eastern Washington and Idaho on Sept. 21 and 23.

The Grizzlies, who are seeking to make their first Big Sky tournament since 2014, will play seven of their final 10 regular-season matches at home.