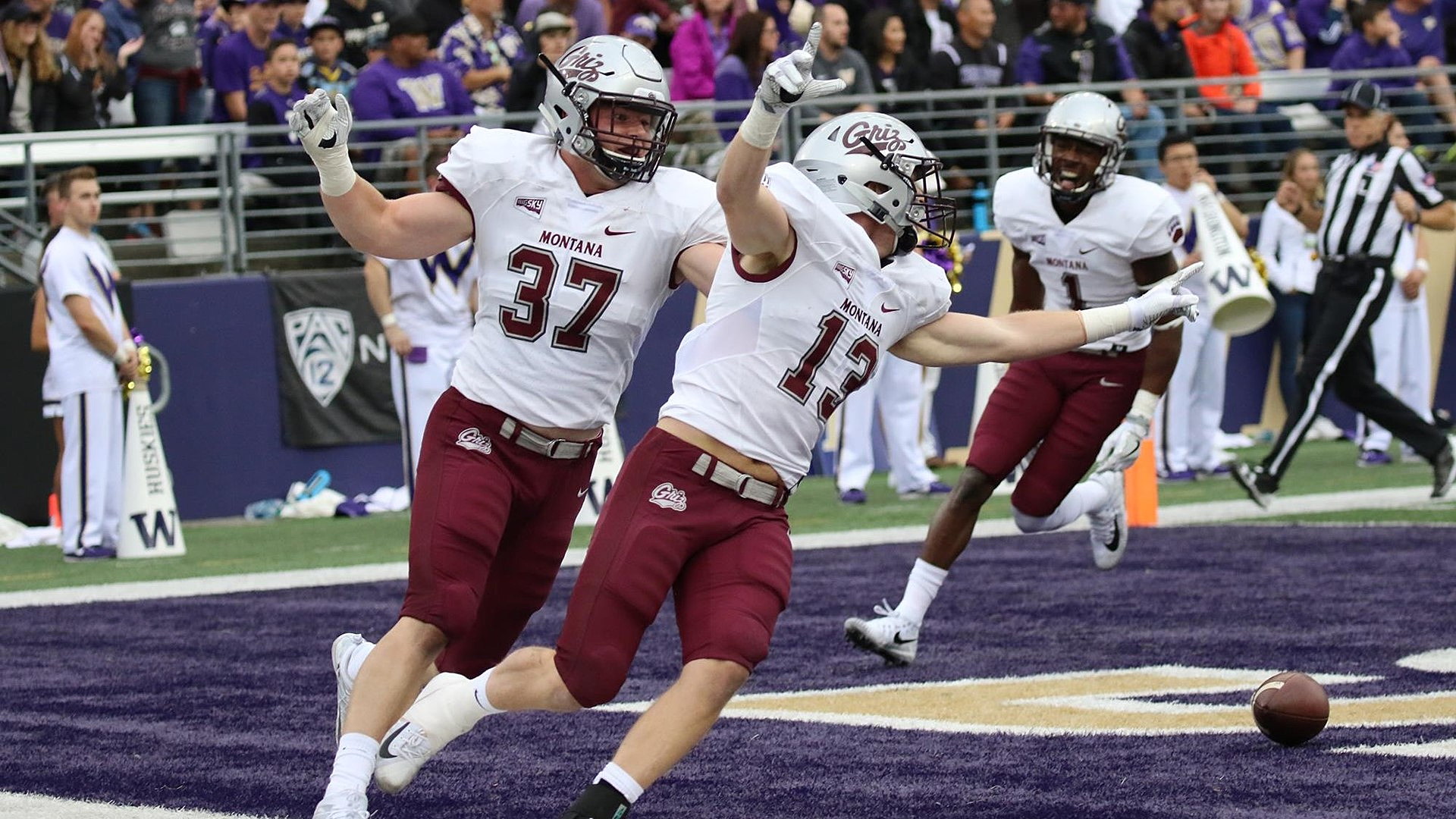 SEATTLE, Wash. – The No. 7 (FBS) Washington Huskies showed why they won the Pac-12 championship and played in the College Football Playoff a year ago, cruising to a 63-7 victory over Montana on Saturday night.

Following a Josh Sandry pick-six early in the first quarter to tie the game at 7-7, Washington (2-0) rattled off 56 unanswered points.

“They’re as advertised,” head coach Bob Stitt said about Washington. “They’re a very, very good football team. In a game like this, you have your opportunities to do your things early. Their athleticism and size and power hurt you as the game goes on, and then it’s a little bit of a snowball effect.”

A solid Eric Williams punt pinned the Huskies at their own 6-yard line midway through the first quarter. They were quickly on the move with three plays of at least eight yards to begin the drive, but that’s when Sandry took over, intercepting a pass that was tipped by Markell Sanders and taking it 36 yards to the house.

“That was fun,” Stitt said. “[Being tied at] 7-7 was a good feeling. You would have liked to have made some more plays.”

The pick-six tied the game at 7-7 with 4:56 to play in the first quarter. From that point forward, however, Washington scored on three consecutive possessions and seven of 10 overall. It was also aided by a Dante Pettis 66-yard punt-return touchdown – setting a Pac-12 record for most in a career – and a 68-yard pick-six by the Husky defense.

Despite being unable to put points on the board, the Griz offense had some early success, crossing midfield three times in the first half and four times overall. Inside UW territory, however, the Griz (1-1) were forced to punt twice. It also lost a fumble and turned the ball over on downs.

UM quarterback Reese Phillips finished 17-of-28 for 123 yards, but threw two interceptions and was sacked for a fumble deep inside Huskies territory on 4th-and-5. Prior to the sack, Phillips completed seven passes on the drive, including three for at least 13 yards.

Josh Horner was his top target, catching five passes for 34 yards, one of nine players to record a reception on the night. On the ground, the Griz were limited to just 31 yards, partially due to five UW sacks.

After finding some success in the first half, the offense stalled coming out of the break, being held to a three-and-out on its first possession before back-to-back interceptions, the second of which was returned 68 yards for a touchdown – UW’s second non-offensive score of the game. The Griz were also called for an ineligible player downfield to erase what would have been a 47-yard touchdown to Jerry Louie-McGee late in the third quarter.

“We dropped some balls that could have extended drives,” Stitt said. “We moved the ball decently at times but didn’t execute.”

Aside from Sandry’s pick-six, another highlight for the Griz came in the third quarter when UM’s David Shaw blocked a 46-yard field-goal attempt. It was one of just four times UW’s offense didn’t put up points on a drive – the other two coming on Sandry’s interception and a pair of punts.

The Griz defense did force UW into lost yardage on several plays, including twice in a three-play span in the fourth quarter – by Cy Sirmon (four-yard loss) and Randy Rodriguez (6 yards). Tucker Schye had two tackles for loss, while Sanders and Justin Strong had 0.5 each.

Schye’s first tackle for loss came during the Huskies’ initial drive, knocking Chico McClatcher back for a six-yard loss to force them into a 3rd-and-13 situation.

UW quarterback Jake Browning was 22-of-26 for 259 for two touchdowns, in addition to another rushing score. Browning finished sixth in the Heisman Trophy voting in 2016.

“We couldn’t get any pressure on their quarterback,” Stitt said. He could stand back there forever and made some great decisions with the ball.

The Griz will look to learn from its loss to one of the premier teams in all of college football before hosting Savannah State on Saturday, Sept. 16 at 1 p.m. MT.

“We have a different locker room than we’ve had since I’ve been here,” Stitt said. “This team really enjoys each other and cares about each other, and we’re going to get stronger from this. We’ve got a good football team.”