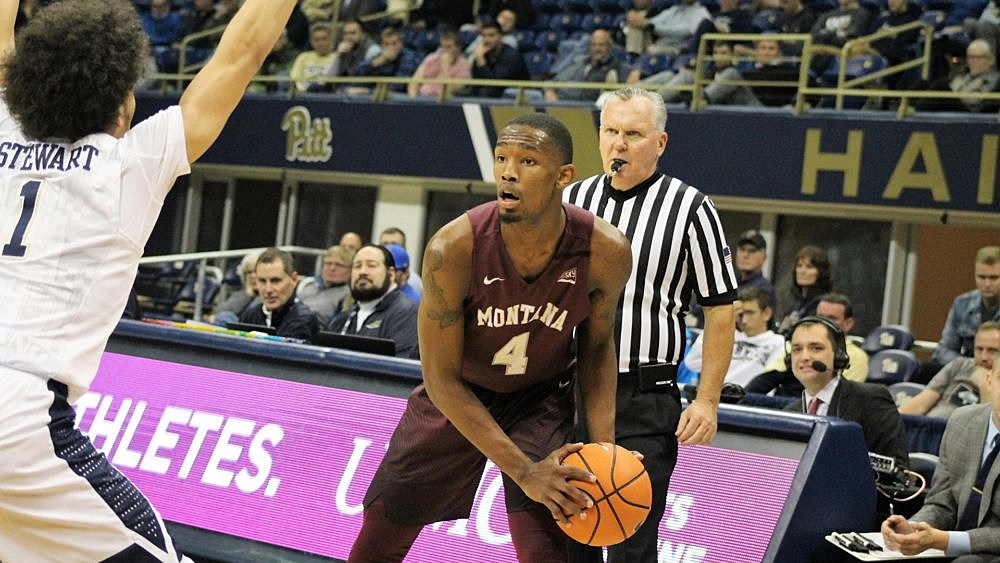 The Montana Grizzlies came to Pittsburgh with the expectation to beat Pitt. After several narrow defeats against big-name opponents over the past several years, the Grizzlies got it done on Monday, earning a signature victory by beating the Panthers, 83-78, in overtime. The win is Montana’s first over a Power-5 program since 2010.

“Our guys fought, they competed,” head coach Travis DeCuire said. We talked about mental and physical toughness before the game. We made mistakes down the stretch, but what we didn’t do was give up.”

The win is big for a program with big aspirations. But it’s just the first step in a five-month journey.

“You’d like to say you’ve arrived, but it’s a long season and we’ve got a long ways to go,” DeCuire said. “You want to win these games in November so you can win them in March. I’d say for us this is a partial arrival. We had to grow up and I think that’s what happened tonight.”

“Mike’s one of those guys where when he’s mad he’s better,” DeCuire said. “If he thinks it’s time to put everybody on his back, he’s going to get it done. He carried us when we needed him to.”

Ironically, as good as Oguine was all game – he also added six rebounds and a team-most five assists – it was a costly turnover in the closing seconds that sent the game into overtime.

Leading by two, Montana had the ball with 38 seconds remaining and the chance to put the game out of reach. However, the Griz were whistled for a 10-second violation, giving the ball back to the Panthers, who took advantage and tied the score.

Just like Oguine put his team on his back late in the second half though, his teammates picked him up in the extended period. Montana held Pitt to 22 percent shooting in overtime, and after alternating baskets, Montana got a key defensive stop with 34 seconds remaining, and then made three free throws in the closing seconds to improve to 2-0 on the season.

“I told the team, ‘We can quit or we can fight. We never got down. We never gave up and kept competing,” DeCuire said.

Montana was the better team for most of the night. After Pitt scored on its opening possession, Montana rattled off seven straight points to take a 7-2 advantage. The Grizzlies led by two at halftime, and by a game-high seven, 48-41, early in the second half.

Montana, though, went through a cold stretch in the second half, missing nine of 10 field goals at one point. Meanwhile, Pitt made seven in a row late in the game.

The game featured 12 ties and 11 lead changes, and with under 7 minutes remaining, Pitt led 60-57. However, consecutive defensive plays swung the momentum in Montana’s favor. Fabijan Krslovic stole the ball at the top of the key, and with the ball loose batted it like a volleyball to Ahmaad Rorie, who slammed it home to cut the deficit to one. On the very next play, Oguine had a steal that he took coast to coast for a breakaway dunk and a Grizzly lead.

Still, though, Pitt would come back. The Panthers took a 69-65 lead with 4:11 to play, but Oguine hit back-to-back huge three-pointers and knocked down two key free throws to put the Griz up 73-71, with under a minute to play.

Four players were in double figures for the Grizzlies. In addition to Oguine’s 29, Rorie had 18 points, including six in overtime. Junior Bobby Moorehead hit three three-pointers and added 14 points, while sophomore Sayeed Pridgett had 12 points, eight rebounds and three blocked shots. All 12 of his points came after the halftime intermission.

The Grizzlies, who went seven years without a win over a Power-5 team, will try to make it two in a row on Wednesday, when they take on Penn State. Tipoff is slated for 5 p.m. MT on the Big Ten Network.

“We came into the game believing we would win,” DeCuire said. “Did we know we were going to win? No. We don’t come in cocky, but we did come in confident knowing we’ve been here before. It was time for us to get a win against one of these BCS teams, and as the game went on the confidence grew.”