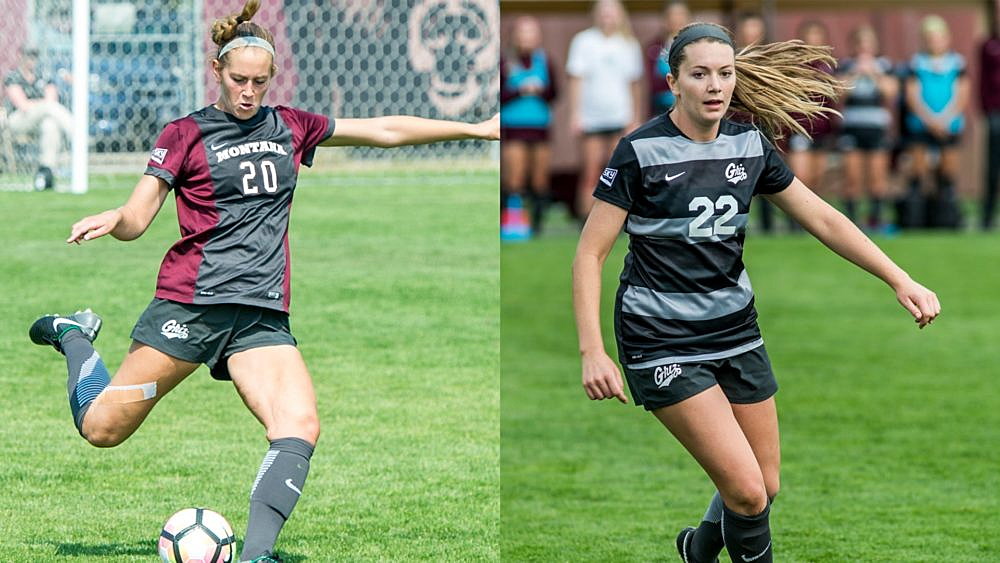 The accolades are particularly impressive considering the level of competition the Grizzlies were going up against. In years past eight regions were recognized, but in 2017 the United Soccer Coaches restructured the regions and nearly cut them in half, from eight to five. Montana is in the West Region – arguably the most challenging in the entire country – featuring schools from the Big Sky, Big West, Mountain West, Pac-12 and West Coast.

Fowler played in all 21 games this season, starting 17 contests as a versatile player who played a role in UM’s record-setting defense while also scoring two penalty-kick goals. She was named All-Big Sky Conference honorable mention and was also selected to the All-Big Sky Conference Tournament team after assisting Alexa Coyle‘s goal vs. Northern Colorado.

Miller was the Big Sky Conference Defensive Player of the Year. As the anchor of the defensive backline, Miller not only helped keep opponents out of the net, but also limited opposing teams’ shot opportunities. The Grizzlies led the Big Sky Conference with just 0.76 goals allowed per game (32nd out of 332 NCAA Division I teams), but just as impressive, Big Sky opponents averaged just 9.9 shots per game on the Griz defense. In comparison, Montana averaged 19.3 shots per game during conference play.

The Grizzlies finished the 2017 season with a 10-7-4 record and No. 2 seed in the Big Sky Conference tournament. They played one of the toughest schedules in program history, facing four Power-5 programs and limiting those four teams to three total goals, including a scoreless draw with Washington State. Montana went unbeaten at home, and late in the season earned back-to-back regional rankings by the United Soccer Coaches.