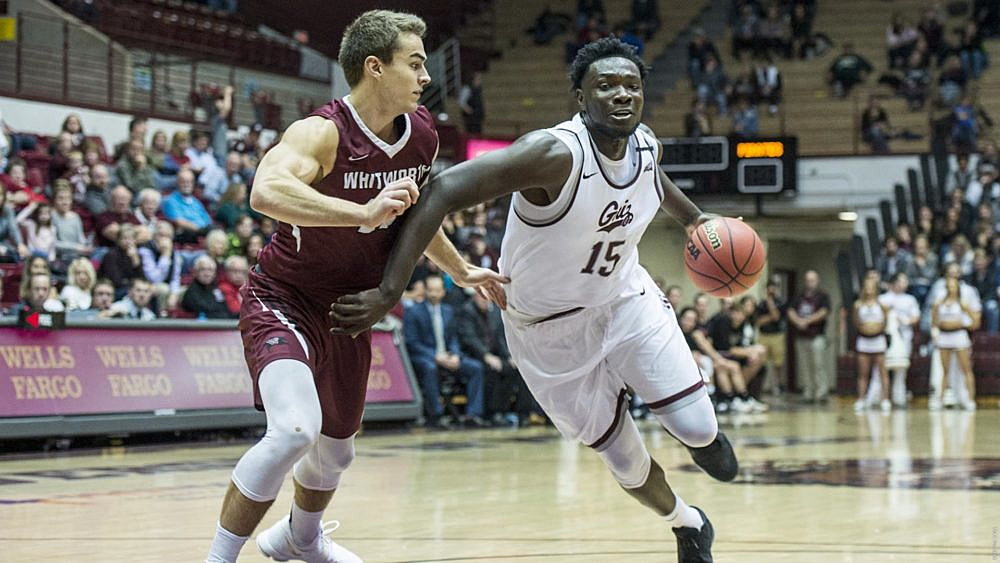 Montana overcame a 17-point halftime deficit to tie Georgia State, 68-68, with 70 seconds to play on Saturday afternoon. The Grizzlies had three chances in the closing seconds to take the lead or tie the game, but were unable to do so, falling to the Panthers, 71-68.

As has been the case several times this season, Saturday was a tale of two halves. The Grizzlies out-rebounded the Panthers 30-13 in the second frame while limiting the home squad to just eight made field goals over the final 20 minutes (29.6 percent).

The Grizzlies trailed by 17 at the half, but began the second period on a 6-0 run to cut the deficit to 11. They would get within six, but no closer, until the Grizzlies made three consecutive three-pointers during a 9-0 Montana run to get within four, 61-57, with 5:40 to play.

Up to that point, Montana was just 2-of-17 from beyond the arc, but Ahmaad Rorie hit a triple, followed by back-to-back treys from Bobby Moorehead.

“Our issue is our issue, and at some point it’s got to get solved or it will be a long season,” DeCuire said. “The effort, the energy that we brought when we were down 17 needs to be brought at the beginning of the game. We did not mentally prepare ourselves to compete.”

Following three points from Georgia State, Montana would score five in a row to get within two points, 64-62. The two teams would alternate baskets over the next several possessions before a Jamar Akoh tip-in tied the score at 68-68 with 1:10 to play.

It marked the closet Montana had been since 8:06 in the first half, the beginning of Georgia State’s 19-3 run to close the opening frame.

With the game tied and under a minute to play, Rorie forced a steal to give Montana a chance to take the lead, but his breakaway dunk attempt was blocked. Still with the ball, Montana called timeout and drew up a play. Moorehead took a three-point attempt that looked true but was just long, and Jamar Akoh was called for a foul on the rebound.

“We ran a double-high ball screen, we knew they’d react to that,” DeCuire said. The idea was for Rorie to either lob it to Michael Oguine or kick it out to Moorehead, who spun to the opposite side of the floor. “We got a good shot, just ended up getting called for a foul on the rebound.”

Georgia State hit both free throws and following a Montana turnover trying to tie the game, the Grizzlies were forced to foul again. The Panthers were one-of-two, giving Rorie a long three-point chance at the buzzer, but it was heavily contested and a little left.

Rorie led all players with 22 points. He also had seven rebounds and four assists. Akoh scored 14 points on 5-of-7 shooting, adding a team-most nine rebounds. All but three of his points came in the second half. Oguine had 11 points and five steals.

The Grizzlies will now have eight days before their next competition, giving them a chance to focus on their studies and prepare for their final three non-conference games.