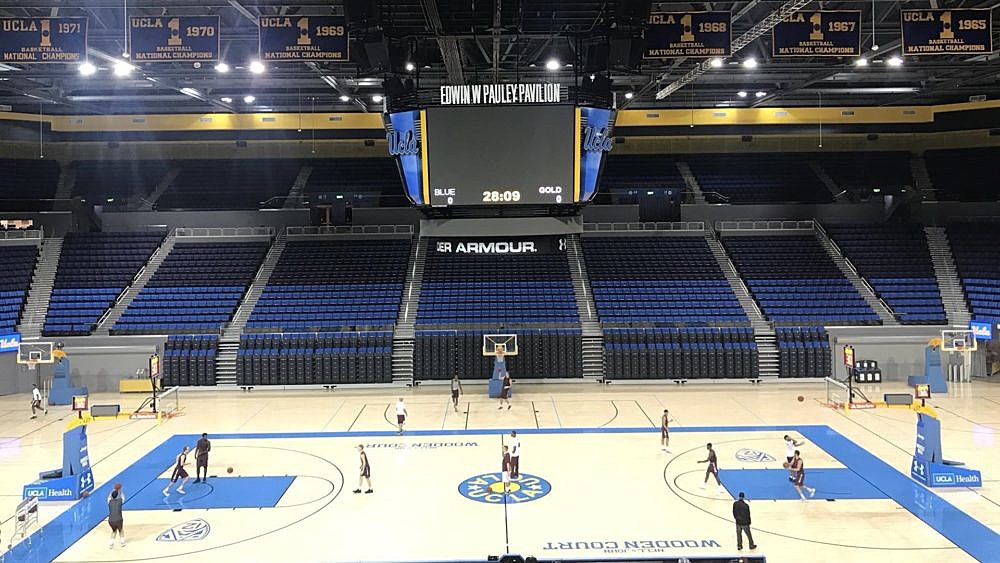 LOS ANGELES, Calif. – Montana’s basketball game at No. 23 UCLA, originally scheduled for Wednesday evening, was canceled because of massive wildfires burning in and around Los Angeles.

UCLA made the announcement Wednesday afternoon: “The health and safety of student-athletes, staff and fans is our top priority. Due to concerns stemming from area wildfires, tonight’s men’s basketball game versus Montana has been canceled. All other team workouts and practices scheduled for today also have been canceled.”

Multiple wildfires broke out early Wednesday, including one just miles from UCLA’s campus that shut down parts of the 405 freeway. Montana’s game was originally scheduled to be the second of three against Pac-12 opponents. No arrangements for a rescheduled game have been made at this time.

The Grizzlies will now fly to Atlanta, Georgia, where they will take on the Georgia State Panthers Saturday afternoon. Tipoff is scheduled for 12 p.m. MT and will be broadcast on ESPN3 and the WatchESPN app.