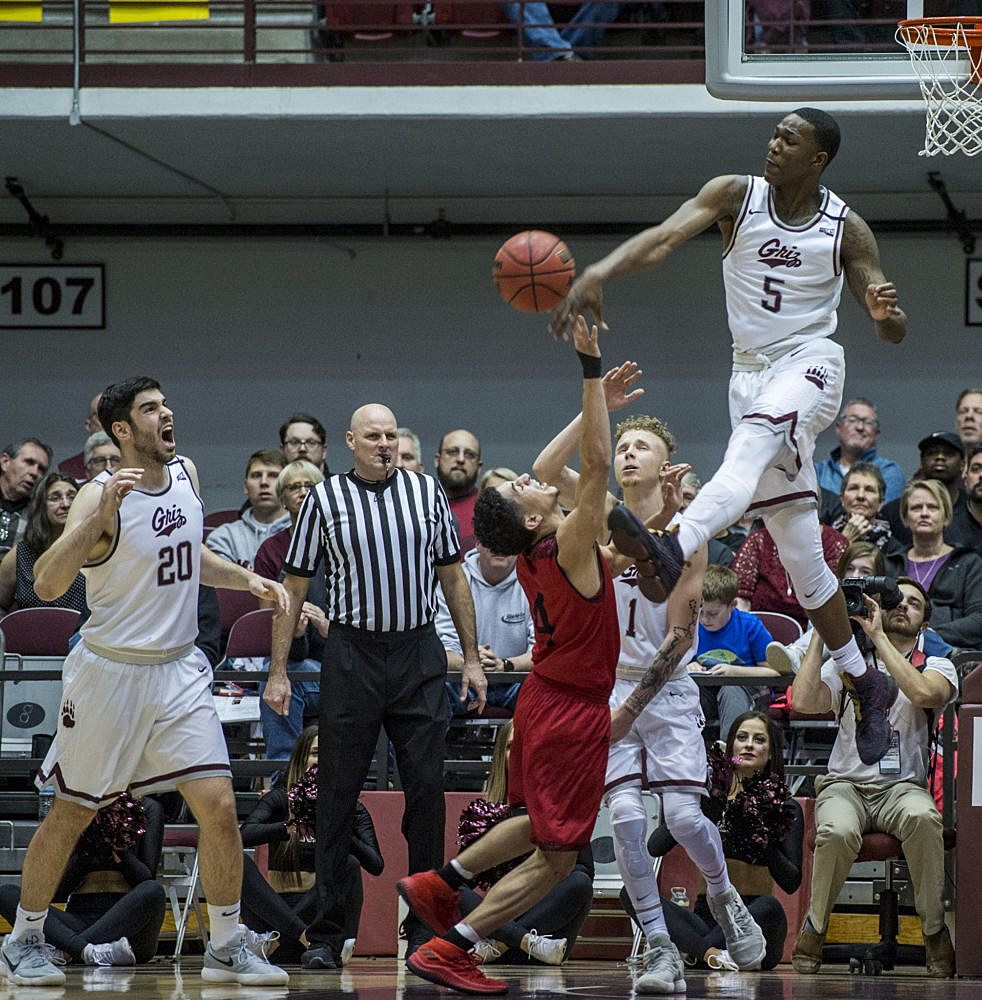 The Montana Grizzlies haven’t lost in more than a month, winning eight games in a row. The conference season will reach the midway point on Saturday, with the Grizzlies hosting Northern Arizona.

All University of Montana faculty and staff, and their families, can get in free with a Griz Card. Additionally, all children 12 and under will also receive free admittance. Following the game, fans are invited onto the court for a poster signing.

Saturday will feature several promotions for students, including up to $1,000 in cash, plus water bottles for students dressed in costumes.

WHAT’S ON THE LINE
A win on Saturday would match Montana’s win total from the entire 2017-18 season – with at least 10 games still to play – and would also guarantee a winning record overall. Montana has not finished below .500 in any of Travis DeCuire‘s four seasons with the Grizzlies.

JUST KEEP WINNING
Montana’s eight-game win streak is the longest under Travis DeCuire, and is tied for the eighth-longest active streak in the NCAA.

In more than a century of basketball at the university, Montana has reached eight consecutive victories 19 times. The current eight-game winning streak is the ninth-longest active streak amongst all Division-I opponents.

“We’re just trying to stay hungry,” Travis DeCuire said. “Any hint of complacency we deal with it right away, but I haven’t seen much of it. They’re playing for the bigger picture. They’re playing together. When you get a group willing to give up for the better of the whole, you’ve always got a chance to win, and right now we have a lot of guys doing that.”

BEST IN THE BIG SKY
Travis DeCuire is off to unprecedented success as head coach of the Grizzlies. In addition to his 72 wins and .610 winning percentage, DeCuire holds a 47-15 mark in Big Sky action (.758), by far the best of any Montana coach in school history. In fact, the winning percentage is currently the third-best in Big Sky history, and best among coaches with at least 40 wins.

SERIES VS. THE LUMBERJACKS
In a series that dates back to 1970-71, the Griz and Lumberjacks have played 100 times. Montana holds a 68-32 edge, including a 6-0 record under Travis DeCuire. In fact, over the past 10 seasons, Montana is 16-3 against the Lumberjacks.

COACH DECUIRE ON NORTHERN ARIZONA
“They’re dangerous. They’ve always been dangerous. They find a way to keep games close and they do some tricky stuff. They’ll do some things defensively to take you out of sync, and if you take bad shots you give them a chance. They have enough players and enough size, that if you don’t respect your opponent, you can lose to anyone.”

STARTING STRONG
Montana is off to a 8-0 start to begin Big Sky Conference play, marking the second time in the Grizzlies’ 55-year history in the league. The Grizzlies also did it in 2012-13, winning their first 12 games.

PLAYING IN FRONT
Montana trailed by as many as nine points last weekend at Montana State, and for a total of 17:00. Both figures are season highs during conference play. However, through eight Big Sky games, the Grizzlies have trailed for just 45 minutes, 21 seconds out of 320 total minutes. More impressive, they have trailed for just 6:43 in the second half.

LEADING THE BIG SKY
Through eight games, Montana holds a two-game lead in the Big Sky standings. The Grizzlies, though, also are atop the conference for many offensive and defensive statistical categories.

The Grizzlies earned 153 points in this week’s poll, good for a No. 21 national ranking. The poll, now in its 19th season, is voted on by 31 head coaches.

HOME SWEET HOME
The Grizzlies hold a perfect 7-0 mark at home this season. Over the past two decades, Montana has begun a season with seven or more consecutive home wins three times, including twice in the past three seasons under Travis DeCuire.

TERRIFIC TRIO
Montana is the only school in Big Sky play to have three players rank in the top 10 for scoring, with juniors Ahmaad Rorie (19.4; eighth), Michael Oguine (17.3; ninth) and Jamar Akoh (16.4; 10th) accomplishing the feat.

Overall this season, Montana is one of 17 teams nationally to have three players average at least 14.0 points per game. Rorie has been in double figures 18 times – including 20-plus on 11 occasions. Oguine has been in double figures in all but two contests, while Akoh has accomplished the feat in 11 of his past 13 contests, including four double-doubles.

SIMPLE ROUTINE
Montana is one of 18 NCAA Division I schools to use the same starting lineup in every game this season, using guards Michael Oguine and Ahmaad Rorie, and forwards Jamar Akoh, Fabijan Krslovic and Bobby Moorehead.