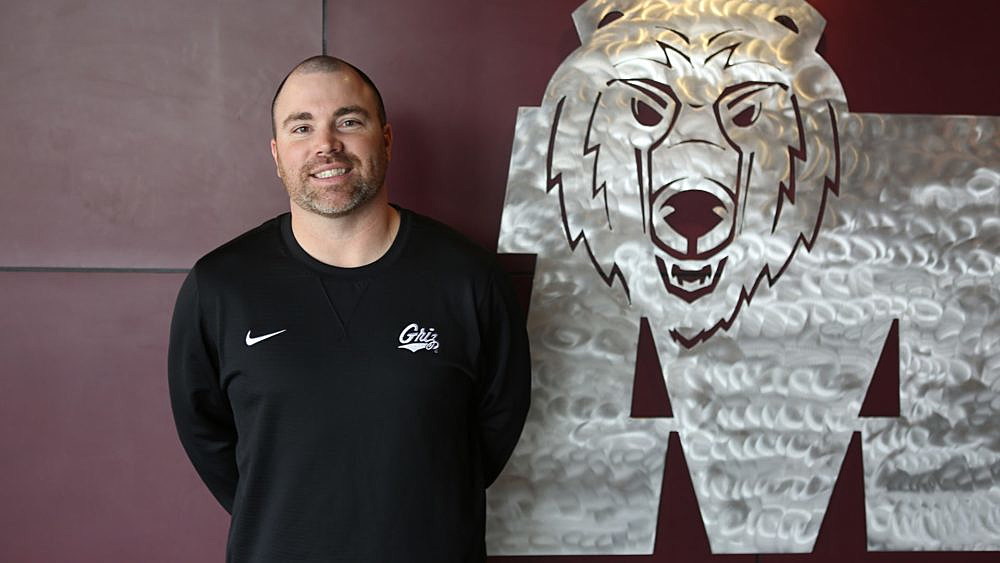 Montana head football coach Bobby Hauck has finalized his staff ahead of the 2018 season with the addition of Jace Schillinger, who will serve as the Grizzlies’ tight ends coach.

As he settles into his new office in the halls of the Hoyt Athletic Complex, Schillinger might even be too close to those deep family ties, now working alongside his brother Shann Shillinger, UM’s safeties coach since 2015.

“I wish our offices weren’t right across the hall from one another, but I don’t think there will be any wrestling matches,” Jace says with a laugh.

“Coaching with Shann will be a unique and fun experience. There are not many chances in life to coach with your brother, especially at a place like the University of Montana. I grew up a Griz fan as a kid, so it’s a pretty special opportunity to coach at a school you’re passionate about.”

Jace Schillinger comes to Missoula after a successful career as both the offensive coordinator and tight ends coach at his alma mater Dickinson State in North Dakota, following in both his brother’s and his father’s footsteps.

“We are really pleased to welcome Jace to the Grizzly family, even though he comes from an extended family with his brother Shann and his dad Jim both former players here,” said Hauck.

“Jace brings many years of collegiate coaching experience to our offensive staff. I think he’ll do a great job coaching our tight ends, recruiting, and assisting in other areas.”

In addition to his brother and father, Jace’s football legacy goes deeper than that at the high school level in the Treasure State. His uncle, the legendary Don Schillinger is the second-winningest coach in Montana history with an amazing 318 wins over a 37-year career.

At Dickinson State, Schillinger led the Blue Hawks to three-straight North Star Conference Championships and NAIA Playoff appearances from 2015 to 2017. His offenses averaged 442.7 yards and 37.6 points per game in 2017, a school record.

He also served as Dickinson State’s Track and Field coach in 2015, guiding the Blue Hawks to men’s and women’s North Star Conference Championships and garnering him three Coach of the Year awards.

In 2009 and 2010, Schillinger served as the running backs coach at the University of North Dakota, mentoring two Great West all-conference running backs in Mitch Sutton (2009) and Josh Murray (2010).

Schillinger graduated from Dickinson State in 2005 with a bachelor’s degree in health and physical education. He won three consecutive DAC-10 championships from 2002 to 2004 as a tailback for the Blue Hawks. He was a two-time team captain in 2003 and 2004 and was also a two-time NAIA All-American and first team all-conference selection.

In 2004, he was the recipient of the NAIA Champions of Character Award and was named the DAC-10 Conference Football Athlete of the Year. He was also named the DSU Outstanding Male Physical Education Student of the Year in 2005. He is Dickinson State’s all-time leader in rushing yards, all-purpose yards and points scored. In 2014 he was inducted into the Blue Hawk Hall of Fame.

Schillinger graduated from Baker High School in 2000 and won both football and basketball state championships with the Spartans in 1999 and 2000.