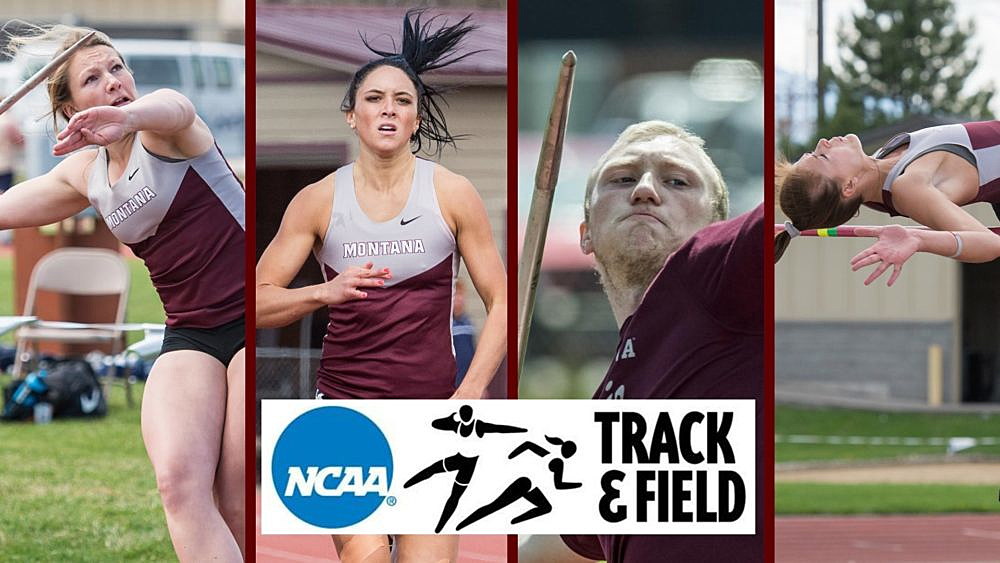 Four Montana track & field athletes will continue their season this week in Sacramento, Calif., qualifying for the NCAA West Region. The NCAA takes 48 athletes in each event.

Jane Booth (high jump), Jensen Lillquist (javelin), Carly Smiedala (800 meters) and Zena Smith(javelin) rank among the top athletes in their respective events. For Smith, it is her first trip to NCAA Regionals. Booth and Smiedala have qualified both years of their collegiate careers, while Lillquist is three for three.

The NCAA West Region will run May 24-26 on the campus of Sacramento State. FloTrack Pro subscribers can watch the live broadcast of the meet, in addition to on-demand video, documentaries, technique videos and more.

The top athletes out of the West and East regions will advance to the NCAA Division I Men’s and Women’s Outdoor Track & Field Championships, June 6-9, in Eugene, Ore.

Jensen Lillquist / Javelin Throw
Lillquist won a Big Sky individual title in the men’s javelin as a sophomore in 2016 before redshirting in 2017. He used that year to hone his craft, improving his top mark and winning another individual championship (226-5). Lillquist entered last week’s conference meet rated No. 2 in the league but improved his mark by 11 feet to take the crown. His top throw is within eight inches of Montana’s school record and ranks No. 16 in the NCAA West Region and 27th in the entire nation this season. Lillquist placed 39th at the 2015 Regionals and 14th in 2016.

Zena Smith / Javelin Throw
Smith, a sophomore from Corvallis, Mont., has improved by more than 20 feet from her freshman to sophomore seasons. She won the javelin in four meets and holds the second-best mark in the Big Sky Conference this season (156-8). Smith, who was named the Big Sky Conference Female Field Athlete of the Week earlier this month, placed fifth at the Big Sky Championships. Her top mark ranks 29th in the NCAA West Region.

Jane Booth / High Jump
Booth returns to the NCAA West Region for the second consecutive season, holding a top mark of 5-9.25, which was set earlier this month and tied a career best. She currently ranks 36th in the NCAA West Region. Booth, also from Corvallis, Mont., reached the podium at the 2017 Big Sky Championships (third) before placing 30th at the NCA West Region.