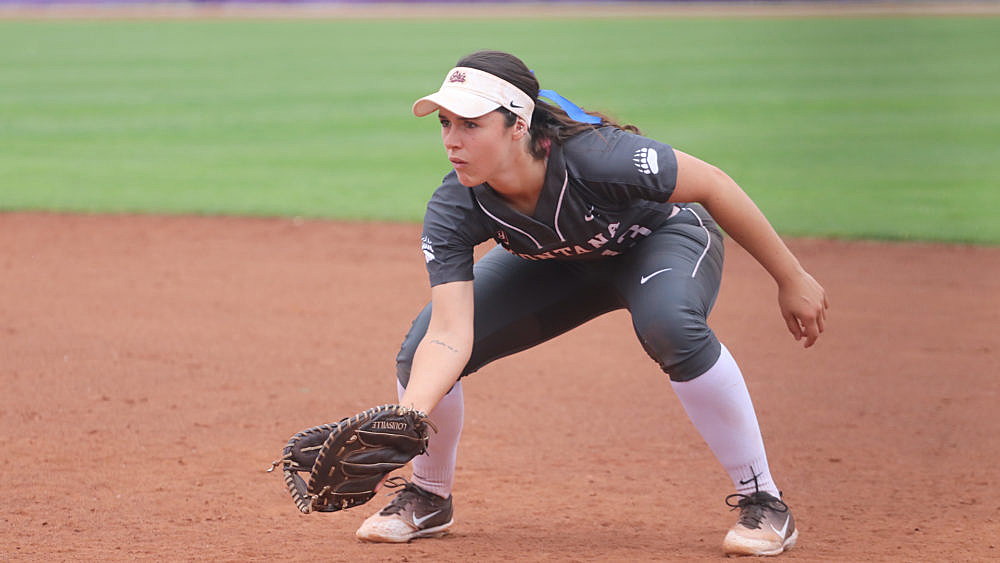 Ashlyn Lyons, one of the founding players of the Montana softball program, may soon have an opportunity to do the same thing for another startup.

Lyons was selected 62nd overall by the E1 Pro Ballers in the inaugural draft of the four-team American Softball Association on Wednesday evening.

“Three weeks ago I had hung up my cleats and was ready to go out into the big, bad world, and then this kind of fell out of nowhere,” said Lyons.

“I hadn’t found a job and didn’t really know what I was going to do, and this kind of found me. So I’ll stay in shape and see if they come knocking.”

She won’t have to wait long to find out. Ninety-six players declared for the draft and 56 were chosen in the draft’s 14 rounds.

Those players, 14 per team, are now on the clock with the E1 Pro Ballers, the Future 1s, the Outkast and moh-BEEL! USA. They have until June 10 to confirm their commitment to the league.

The E1 Pro Ballers took first baseman Kaylee Fox in the 10th round of the draft. Fox batted .455 in the spring for Trine (Ind.) University, with 17 home runs and 63 RBIs to earn Division III All-America honors.

Should Fox decline her spot on the team before the June 10 deadline or get injured during the season, or if any other roster spot were to open up, Lyons would be on the short list to get called up.

Or down. The league will be based in Mobile, Ala., with the season going from June 15 to July 31, with games being played at Satsuma High School nearly every night of the week.

“It’s a bummer to be two picks away from being on a roster, but I got drafted. I’m a pro,” said Lyons, who was voted second-team All-Big Sky last month after batting a career-best .341 as a senior.

“I live 33 hours away from Mobile, and it could be as little as two days’ notice that they need me to be down there.”

Lyons had assumed her playing career was at an end when her fly ball to center in an elimination game against North Dakota at the Big Sky tournament in Ogden last month was caught for the season’s final out.

“I was content and okay. It was going to be fine,” said Lyons, who was contacted three weeks ago about the new league and the chance to keep playing.

“I called my parents, and they were like, Professional softball? Does that even exist? And now they have four teams, and pro softball is happening.”

Southern Utah’s Sarah Murphy, the Big Sky co-Newcomer of the Year as a junior after transferring from Cal Baptist and a first-team all-league pick as a senior, was the only other Big Sky player to declare for the ASBA draft.

She also was picked by the E1 Pro Ballers, in the 12th round.

“It’s a great opportunity for Ashlyn,” said Montana coach Melanie Meuchel. “It’s great that she wants to continue her playing career and is possibly going to get the opportunity to continue it at the next level.

“It will be fun to follow her successes. She’ll represent the University of Montana and Griz softball very well.”

Lyons could get the call tomorrow to report to Mobile. Or the call might never come at all.

There is talk of taking the four ASBA teams on the road in the fall to play exhibition games against college teams and of a startup winter league that would take place in Southern California.

Both could keep Lyons in the game longer than she ever expected.

“We’ll see what happens, but to hear my name called from a podium and know I was drafted, it was definitely special,” said Lyons.

“In the meantime, I’ll keep working out and looking for a big-girl job, and if they call, I’m ready to go.”