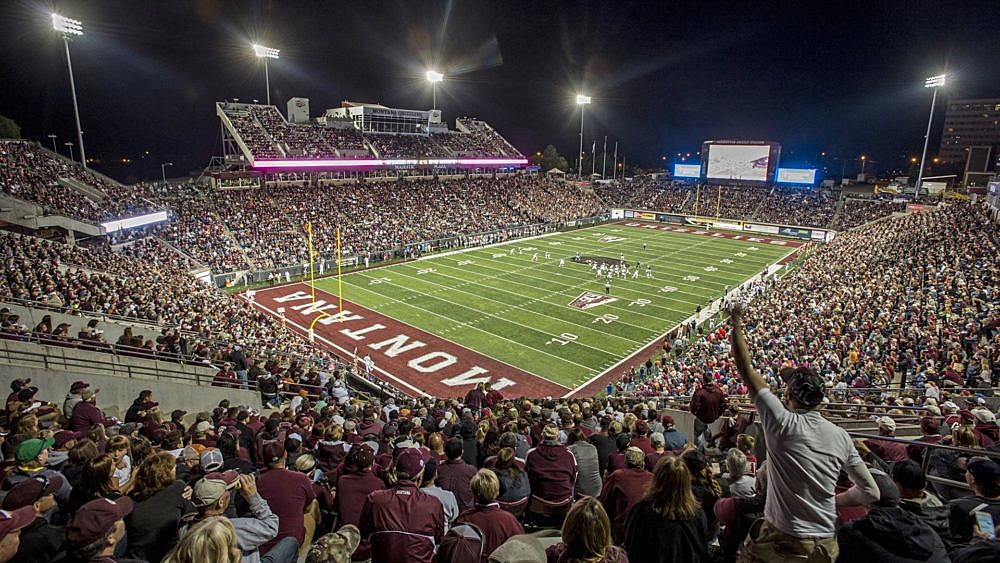 The Great Griz Encounter, the traditional preseason Griz football pep rally, is expanding its offerings for 2018 and is also moving from Missoula’s Caras Park into the bear den itself: Washington-Grizzly Stadium.

Now entering its 23rd year, this year’s Great Griz Encounter begins at 5 p.m. on Aug. 22 and will be more than just an autograph session with the Grizzly football team.

The 2018 event will be a full evening of activity for the whole family, capped off with a screening of a feature film on the Griz Vision jumbotron for the first “movie night” in stadium history.

“We appreciate the great relationship we had with the Missoula Downtown Association and their hosting of Great Griz Encounter at Caras Park,” said Director of Athletics Kent Haslam.

“We hope by bringing the event back on to campus and into Washington-Grizzly Stadium we can expand the experience and connect with even more Griz fans.”

“We are extremely excited about the opportunities we have to include more of our student-athletes, show a movie on Griz Vision, and to grow this event by moving it back to campus,” said Brynn Molloy, UM’s Associate AD for Marketing and Community Relations.

“We value our relationship with the downtown community and hope to stay connected by exploring other opportunities in the future.”

The new Great Griz Encounter will include the chance for fans to meet both the Griz football and volleyball teams, have this year’s team posters autographed and let the kids run wild in a bouncy house and an area to play catch with Griz student-athletes.

Fans can also pick up the latest Griz gear from officially licensed apparel vendors and enjoy a wide selection of locally-sourced food and beverages while taking in the atmosphere at one of the best college football settings in the nation.

The evening will finish under the bright lights of the Griz Vision jumbotron with a feature-length family-friendly movie playing for fans to watch from the field.

The fun begins at 5 p.m. when gates to the stadium open, followed by the introduction of the football and volleyball teams at 5:30.

The two teams will sign autographs from 5:45-7 p.m. and the movie will start at 7:30. The feature film title will be announced at a later date but will be suitable for all ages.

Due to a large number of fans wishing to get autographs, there is a two-item limit.

The featured movie presentation will be announced in the near future.