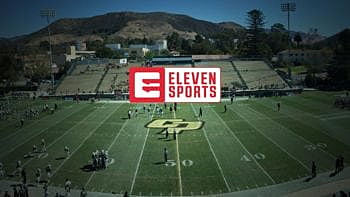 The Big Sky Conference, which owns and manages the broadcast rights to all league events, announced Monday that ELEVEN SPORTS has selected Montana’s Sept. 29 game at Cal Poly as its featured game of the week.

The matchup at San Louis Obispo marks the fifth game of the 2018 season that will be broadcast nationally by a Big Sky television partner. Four other Griz games will also be nationally televised this fall on the Big Sky’s other broadcast partner, ROOT Sports: Sacramento State (Sept. 22), at Southern Utah (Nov. 3), at Idaho (Nov. 10), and Montana State (Nov. 17).

ROOT Sports announced the Montana/Sacramento State game in Missoula will start at 1 p.m. Start times for the remaining ROOT Sports games will be announced following the release of the NBA schedule in mid-August.

Broadcast details for the remainder of Montana’s 2018 football schedule will be announced in the coming weeks.

All 13 Big Sky football teams will appear on ELEVEN SPORTS this fall. ELEVEN will broadcast one game a week starting Sept. 15, as well as one men’s basketball game of the week throughout the season.