The Missoula Weekly Gazette called it, “One of the handsomest, most commodious and most elegantly furnished family hotels in the state of Montana or the Northwest.” The Mix House – or as it more was commonly known, the European hotel – was constructed in 1890 at the corner of Spruce and Woody streets by a man described as “one of the best known citizens of Missoula and … END_OF_DOCUMENT_TOKEN_TO_BE_REPLACED

A “virtual” statewide meeting is planned for Thursday, September 17, called the Montana Passenger Rail Summit – another step in the attempt to resurrect the old North Coast Hiawatha Route operated by Amtrak until 1979. Missoula Current readers have reacted widely to the proposal, from “Never going to happen,” to “I would LUV this to happen.” Here’s some historical … END_OF_DOCUMENT_TOKEN_TO_BE_REPLACED

There was a steady, heavy rain in Butte the morning of September 7, 1891. “At 8 o’clock representatives of the different labor assemblies gathered at the Miners’ Union” for the planned march to the Montana Union train station. But the parade “was not the imposing affair that had been anticipated,” with many of the participants opting to use “the shelter of street cars and … END_OF_DOCUMENT_TOKEN_TO_BE_REPLACED 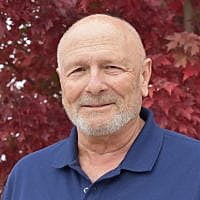 It’s back-to-school time! Thomas Bass, Missoula County Superintendent of Public Instruction, wrote his 1874 letter to parents and guardians in Missoula County (Ravalli County didn’t yet exist), to acknowledge the challenges they were facing and to admit “that some sacrifices will be necessary in order to accomplish” the task of fall school opening. But he was still upbeat … END_OF_DOCUMENT_TOKEN_TO_BE_REPLACED

“If nominated, I will not run. If elected, I will not serve!” It’s a quote attributed to General William Tecumseh Sherman in 1871, after hearing rumors he might run for the presidency. More accurately, his words were: “I hereby state, and mean all that I say, that I never have been and never will be a candidate for president; that if nominated by either party, I should … END_OF_DOCUMENT_TOKEN_TO_BE_REPLACED