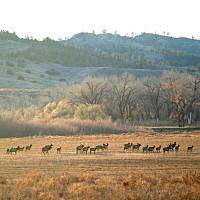 A hunting group is calling on Montana’s congressman to withdraw his sponsorship for a bill that would threaten wildlife management and hunters' education funding. On Thursday, the Montana Wildlife Federation called on Rep. Matthew Rosendale to withdraw his co-sponsorship of a bill that has the main intent of removing all taxes from the sales of guns and ammunition but would … END_OF_DOCUMENT_TOKEN_TO_BE_REPLACED

With the first phase of the new passenger terminal now operational, Missoula Montana Airport will turn its attention to the second phase. Airport director Brian Ellestad said crews will begin prep work this week, including asbestos abatement and cutting off the power. Deconstruction should begin in August. “It's a tired old building,” Ellestad said. The old terminal … END_OF_DOCUMENT_TOKEN_TO_BE_REPLACED 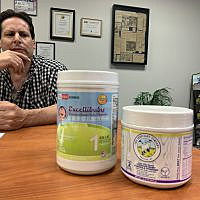 As America continues to scramble for more baby formula following a Michigan plant shutdown that hobbled the nation’s supply, a Montana manufacturer in Billings stood by, ready to ramp up production only to be stymied by federal red tape, and then watched the market welcome foreign products. Jeff Golini is the owner and executive scientist at All American Pharmaceuticals. In … END_OF_DOCUMENT_TOKEN_TO_BE_REPLACED 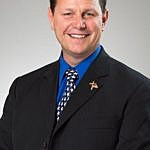 The Montana Secretary of State's Office on Tuesday said a candidate in the District 5 race for the Public Service Commission has requested and been granted a recount. Secretary of State Christi Jacobson said her office received the petition for a recount of results stemming from the June 7 primary election. Jacobson said PSC candidate Derek Skees filed the petition … END_OF_DOCUMENT_TOKEN_TO_BE_REPLACED 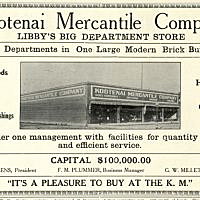 Fred Mayo (F.M.) Plummer was one of the wealthiest merchants in the early days of Libby, Montana. In 1911, the Libby Herald newspaper listed him as the 15th highest taxpayer in all of Lincoln County, on a list that included the Great Northern Railway, the Anaconda Company, a number of banks and a handful of individuals. He and his wife Sivolin (Neff) Plummer lived next … END_OF_DOCUMENT_TOKEN_TO_BE_REPLACED