HELENA (MTFP) — Montana’s Senate voted unanimously Friday to override the first veto issued by Gov. Greg Gianforte, defending a bill that would make it easier for the Legislature to repeal administrative rules issued by state agencies. In order to successfully override the governor’s veto on Senate Bill 227, a similar motion in the House needs support from 67 of 100 … END_OF_DOCUMENT_TOKEN_TO_BE_REPLACED

Former Montana Adjutant General Matt Quinn has been tapped by President Joseph Biden to be the Under Secretary for Memorial Affairs for the Veterans Affairs. Maj. Gen. Quinn served as the 27th leader of the Montana Army National Guard, and he also served in the U.S. Army. Quinn is a veteran of Operation Desert Storm and Iraqi Freedom, commanding soldiers at the company and … END_OF_DOCUMENT_TOKEN_TO_BE_REPLACED

A planning and architectural firm is in the early process of proposing a mixed-use development within the Historical Fort Missoula District, including the preservation and use of the old post hospital. While the project remains in design, it would cover roughly 5 acres of private land within the district, including the post hospital, the old nurse's quarters and a shed. It … END_OF_DOCUMENT_TOKEN_TO_BE_REPLACED 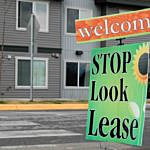 Missoula received an unexpected but welcome boost from the American Rescue Plan in the form of $1.3 million earmarked for affordable housing. The revenue, announced this week by Sen. Jon Tester, can be used to support the construction or purchase of affordable housing, along with the rehabilitation of housing for low-income families. “Montana is staring down the barrel of … END_OF_DOCUMENT_TOKEN_TO_BE_REPLACED

HELENA (KPAX) — U.S. Sen. Steve Daines said this week his fellow Republicans want to support an infrastructure bill, but that President Biden’s proposal goes far beyond just infrastructure – and that Democratic leaders are indicating they don’t want GOP input. “What we’re hearing, and so far what they’re saying, is it’s going to be either take this or you leave it,” he said … END_OF_DOCUMENT_TOKEN_TO_BE_REPLACED 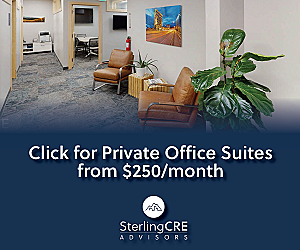