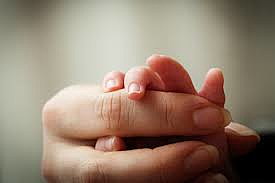 A biology professor in the University of Montana Division of Biological Science has published a paper with a group of working academic mothers on ways to balance childcare and conference attendance – an important step in building an academic career.

“How to tackle the childcare-conference conundrum,” published by Creagh Breuner in Proceedings of the National Academy of Sciences, promotes greater support for young parents at scientific conferences.

But many academics obtain faculty jobs just as they are starting their families, making conference attendance difficult, if not impossible. Finding trustworthy childcare, places to breastfeed or pump, or getting the funds to bring help serve as barriers to conference attendance for young faculty, Breuner said.

“I had twins in early stages of my career and had to schedule time to pump into three-day job interviews,” she said. “Berkeley gave me 15 minutes every four hours to sit on the floor of the bathroom and pump – and then throw out, since I had to leave my 6-week-olds at home.”

At a recent neuroscience conference with 30,000 attendees, the conference provided three curtained-areas, each containing a plastic chair for nursing or pumping.

“The support just isn’t there, which limits the diversity of people that can contribute at a conference, as well as the ability of academic mothers to benefit from attending the conference,” Breuner said.

Over the past decade, some conference organizers have started sponsoring childcare at the meetings, but Breuner said it’s often in small, windowless rooms with one adult sitting in a chair.

The paper promotes a four-part approach to reducing barriers for parents at conferences under the acronym CARE, including supportive childcare, either on site or at home through financial support.

It also recommends families with family-friendly dates, venues and schedules, and providing resources, such as lactation, nursing and baby-changing areas.

Breuner said she promotes such ideas at the national conference she attends every year. As part of the executive committee running the society, she formed an ad hoc committee on family support.

The committee will use recommendations from the PNAS paper, combined with feedback from members, to establish a set of priorities to support families at the conference.

“As a young mother and assistant professor, it is difficult to request support,” Breuner said. “Now that I’m further along in my career, I can spend my energy promoting change that will benefit younger professors.”