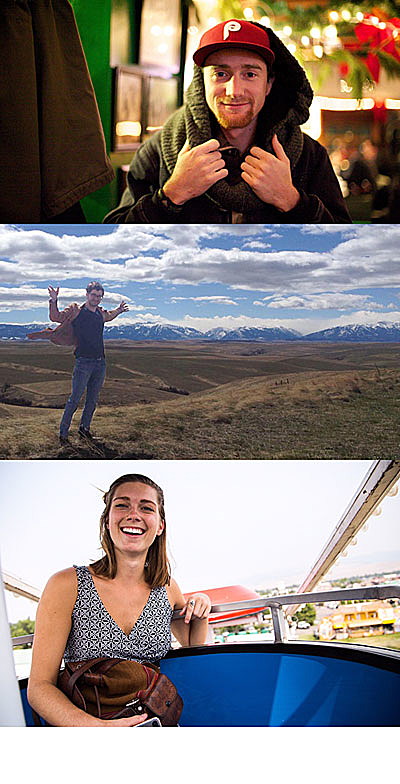 Sankar-Gorton, a graduate student from Whitefish pursuing a master’s degree in geography, will use his Fulbright to conduct research in Slovenia.

This research will focus on assessing and categorizing Slovenian models of mountain-based environmental education that the Slovenes incorporate into their public school system.

He wants to better understand how they design and implement their programs and bring these lessons back to Montana schools.

Sarb, from Billings, graduated from UM in December with a major from the German section of the Department of Modern and Classical Languages and Literatures, a second major in political science, and a minor in journalism.

He received an English teaching assistantship to Germany and likely will be placed in the north, in Schleswig-Holstein. His work also will include promoting cross-cultural awareness.

Tompkins, from Bozeman, is a recent graduate of the UM School of Journalism with a major in journalism. With her Fulbright grant, she will study and report on the experiences of Syrian women who have become refugees in Berlin, Germany.

This will involve conducting in-depth interviews with and photographing Syrian women. Her research project fills a gap in media coverage of the Syrian refugee issue.

Recipients of Fulbright grants are selected on the basis of academic or professional achievement, as well as demonstrated leadership potential in their fields. The program operates in more than 160 countries worldwide.

To learn more about the Fulbright Program, visit https://us.fulbrightonline.org/.