Musicians are on journeys that can be a minefield of conflicting emotions. The songs they write and sing are searching to make sense of the world we all live in.

Jessica Dobson is the leader and driving force – also behind the wheel of the van – behind her band Deep Sea Diver. When 19 years old in Los Angeles, she was signed to a record contract with Atlantic Records.

Dobson has played and toured with Beck, Connor Oberst and The Shins. Just knowing who she has played with is enough to know she is a damned good guitarist. She became a member of The Shins in 2012 but by the next year, she left to devote time to her own writing and music.

This resulted in forming the band Deep Sea Diver.

Their concert at the Top Hat proved to be a memorable music experience. Each member of the band brings an excellence that, in my opinion, few bands achieve. The drumming of Peter Mansen creates a hedge of percussion that allows the others to get deeper into the instrument they are playing, creating an exquisite sound. 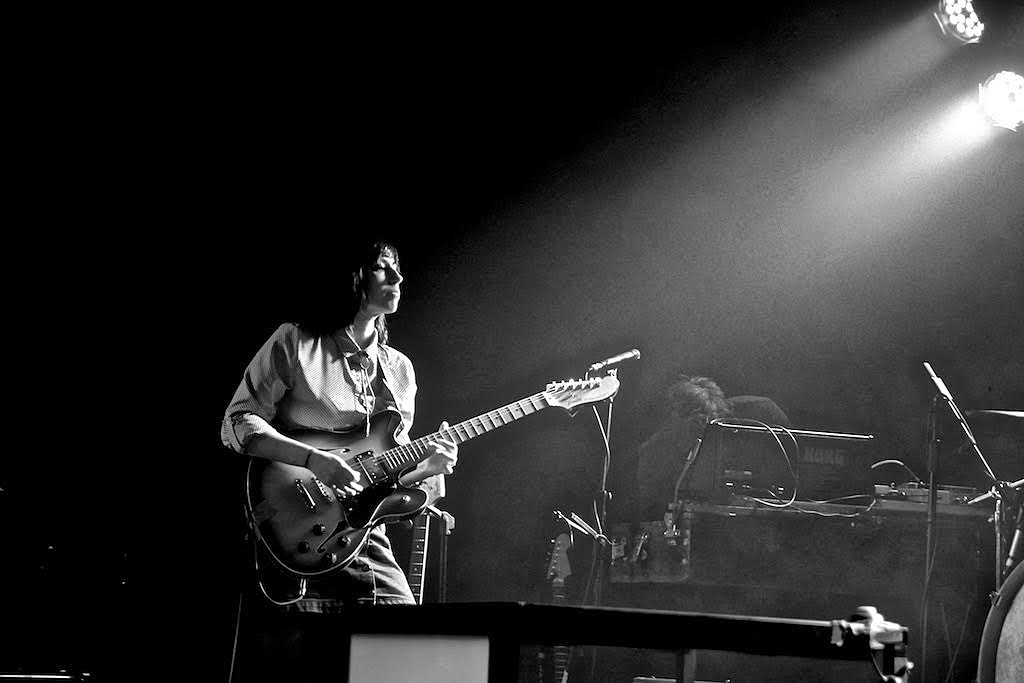 And they are married.

Dobson commenting on their collaboration said, “We are both very percussive players but with different approaches. He is constantly pushing the beat and I’m sitting back in it. He likes West Aftrican music. He has a woven melody underneath what I’m doing, and I like to counter balance what he is doing. It’s melodic.”

When I asked her what is it about music that makes her want to continue, she said, “It’s hard to detach the spiritual element from creativity and there is a healing element to music. Music is important because it’s a very messed up world we live in. It’s able to lift us in ways other things can’t.”