The Missoula City Council will decide whether to follow through with the purchase of the Flynn-Lowney Ditch after Public Works on Wednesday said it had negotiated a $1 million agreement with the Hellgate Valley Irrigation Co. The city's department of Public Works & Mobility has proposed funding the purchase using $725,000 from Transportation Impact and Water Development … END_OF_DOCUMENT_TOKEN_TO_BE_REPLACED 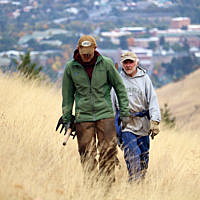 Missoula County on Tuesday agreed to issue the first series of open space bonds to generate around $4.5 million in revenue, which it plans to expend within the next three years. Voters in 2018 approved the $15 million bond to protect open space, restore lands and improve public access. It was the first open space bond approved by voters since 2006, which raised $10 million … END_OF_DOCUMENT_TOKEN_TO_BE_REPLACED 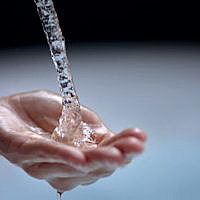 (MTFP) In 2015, Montana became a national leader when it adopted numeric nutrient standards to protect water quality. Environmental groups celebrated the move, saying the implementation of clear, consistent, science-based limits for nutrients like nitrogen and phosphorus would help the state protect the cold, clean water that’s the lifeblood of Montana’s $7.1 billion outdoor … END_OF_DOCUMENT_TOKEN_TO_BE_REPLACED 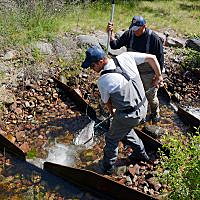 Montana Fish, Wildlife & Parks has put native fish restoration projects on hold across the state, prompting some anglers to question why. On Tuesday, Montana Trout Unlimited alerted its members to the fact that FWP Director Hank Worsech had put 25 on-going and imminent native trout restoration projects on hold. The alert asked members to call Worsech and Deputy Director … END_OF_DOCUMENT_TOKEN_TO_BE_REPLACED

A drier-than-normal April could have meant trouble for Montana’s snowpack, but slightly cooler-than-normal temperatures might have saved enough snow to see the streams through the summer, though they’ll run a little low. Montana’s snowpack continued to lose ground in April, although a majority of basins still reported at least 90% of its average snowpack for May 1, according … END_OF_DOCUMENT_TOKEN_TO_BE_REPLACED